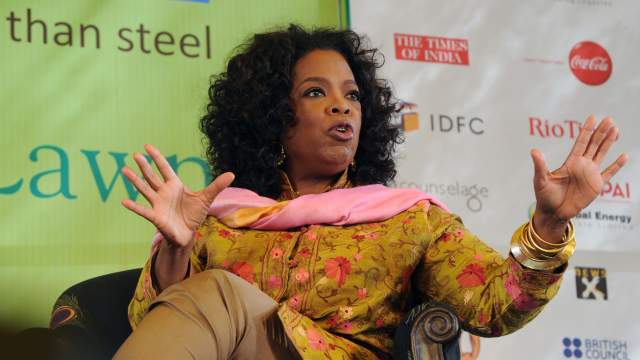 Rumors of huge losses have been surrounding the OWN network for the past year and a half, mostly to the tune of $100 million or so a year.  The official estimate has come in via Businessweek at a whopping $330 Million.   If something is not done quickly the network OWN will be GONE!

Discovery is a 50-50 partner and has put up $600 million. This means that their big boss David Zaslav has a huge say in weather OWN survives or not.  Zaslav hasn’t gotten where he is today by losing money.  He had no qualms in shutting down Planet Green last month and rebadging it as Destination America, “the first network to celebrate the people, places and stories of the United States.

Zaslav’s track record has provided him the salary of $42 million in 2010 and he will not lose money for much longer.  A business associate of his told Businessweek,

“I really can’t see Zaslav losing this kind of money for much longer,”

Discovery’s Senior Executive Vice President, David Leavy says that they are not giving up yet on OWN,

We’re as committed now as we’ve ever been and are bullish about the long-term value we are building.  The cost structure was not sustainable; we had to right-size that.

And right size they did when they fired 30 staff members and through Rosie out on her duff! Of course David Leavy has to be optimistic because if he’s not bullish, advertisers will head for the hills.

Oprah is giving the fans more of what they want and that’s more Oprah.  She is even doing her own pitching to advertisers convincing them not to jump ship.  Back in April during the reveal of her four new primetime shows, Oprah told advertisers that she’s climbing,

“I am in the climb of my life, I am climbing Kilimanjaro.”

Let’s see if the Big O can make that climb, we know one thing for sure…time is not on her side.