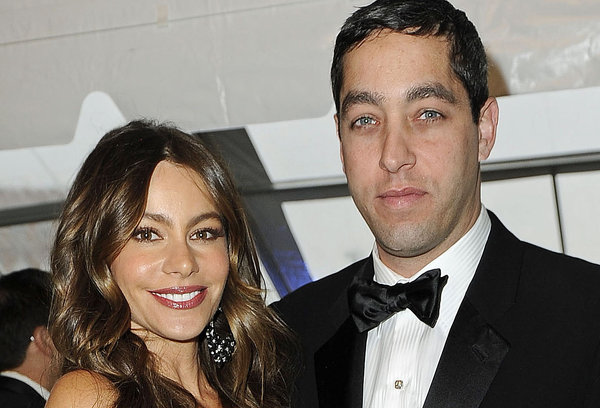 Sophia Vergara is Single! Rumor has it her and Boyfriend of 2 years Nick Loeb are Done!

Rumors started to fly after Vergara was seen at the Met Ball all by herself.  At the ball the NY Post reports that she was venting telling friends that her and Nick were done,

“Sofia was confiding in friends at the ball that she and Nick have split. They have been fighting a lot recently and have been on the brink of splitting many times. It is not yet clear if they are over for good, but they are done as a couple for now.”

Despite Vergara’s insistence that Loeb likes the Hollywood scene, their break up is rumored to be due to her explosion of fame.  In the two years since they started dating, Vergara has gone from having a promising acting career to now being one of the most famous women on TV and a famous sex symbol all over the world.  Everyone just loves her and Nick hates that.

Vergara said that Loeb thought the Hollywood scene was fun, like a hobby.  They even met at 2010’s Golden Globe Awards.  She said previously during an interview,

“He loves my career, He likes coming to these events. For him, it’s like a hobby to be part of this Hollywood scene.”

Nick Loeb’s money has money.  Loeb himself is famous for creating the Onion Crunch food topping.  At only 36 years old he is an accomplished businessman and politician,  he was running for a Senate seat in Florida but ailments from a car accident in 2010 slowed him down and he withdrew from the race.  He is also the great grandson of one of the founding Lehman brothers – Cha-Ching.

With no official word from either of them, and Loeb’s twitter avatar still posting a pic of he and her together we won’t know if the break up is 100% certain yet, however my gut says it’s a Wrap!