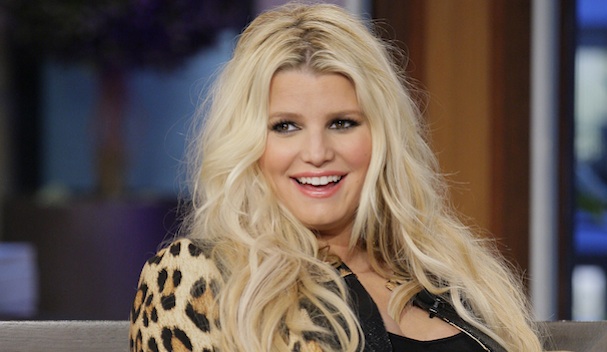 This will bring Jessica’s Simpson’s baby business extravaganza up to about $4.8 million.

It has been reported that People Magazine will pay her and Fiancé Eric Johnson, $800K for the first pictures of baby Maxwell Drew Johnson.  Sounds like a lot of money but in actuality it’s not.  Hopefully Maxwell doesn’t grow up with a complex as she has been severely marked down to Walmart prices.

If you think $6 million is a lot, they gave Brad and Angelina $11 million for their twins.

Did Jessica Simpson get screwed out of millions because her baby is not a twin?  Not likely, she’s just not as famous as the previously mentioned.  She’s become more famous for her yo-yo weight loss and her phenomenal weight gain during this pregnancy.  With the millions that she takes in from her fashion empire the $800,000 is chump change.

The $4 million dollar weight watchers deal has still yet to be officially confirmed but it’s about $1 Million dollars for every 10 lbs of the 40 that she gained.  We would have a lot more milfs in this world if every mom could get a deal that good.  Heck $1000 for every lbs might do it.

Despite the nearly extra $5 million the baby will earn her in the next year,  Simpson said she is loving motherhood,

“I am so in love with baby Maxwell. I want to cry every time I look at her. Motherhood is by far the bestthing I’ve ever experienced.”