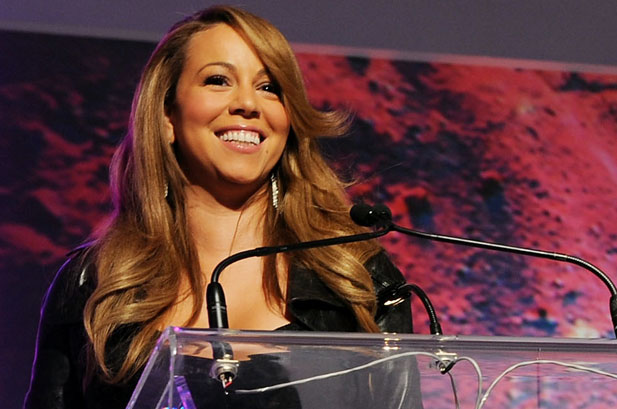 Mariah Carey fires Shots at Britney Spears and the X-Factor, “Have we met?” [video]

Wow, Mariah Carey was in full DIVA mode when interviewed by Extra.  I guess I forgot how “Diva” she really could be.  I got so caught up with “Dem Babies” and her rushing to Nick Cannon’s side that I forgot how much of a stuck up beeyatch Mimi was or is, and it appears that motherhood hasn’t softened her one bit.

Don’t get me wrong, she deserves to be in the Diva hall of fame, but for some reason this just rubbed me the wrong way.  When AJ asked her about Britney Spears and X-factor, her reply was,

“You think I focus on that stuff? Have we met?  I love [Britney], honestly. I think she’s a very nice person, but I don’t care who’s going on that show — as long as it’s not me.”

That was all followed by phony laughs from everyone including Mariah herself.

Yes!  Beyatch, I remember before she was preggers, it was rumored that she would get $25 million to do the show.  She was focusing on that stuff then.  Cowell said that reason she didn’t get selected for the show was because she had just given birth to twins and the rigor of the show would be too much.  Cowell stated,

I adore her, love her, But you can’t expect someone who has just had two kids and has a record career to make the kind of commitment we would need on this show.

Now that I see how nasty her attitude is, I don’t want her to fall into the LODIC-SOT (List of Divas I Can’t Stand on Television).  Christina Aguilera and Aubrey O’Day lead that pack.  They love themselves so much they don’t need fans.  I would rather worship Mimi from afar then get to know her on a competition show and it ruin her for good.

Watch the clip below, 27 seconds of pure Diva-tude!