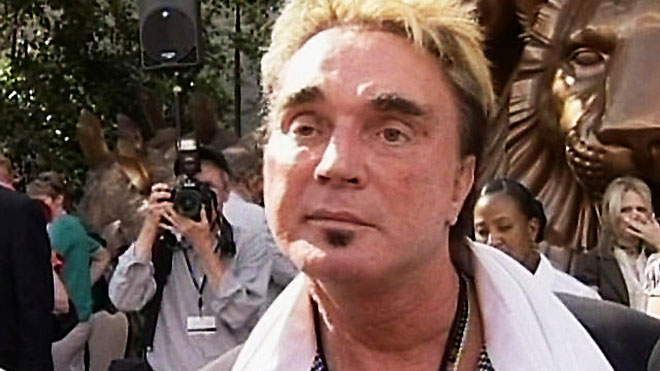 Siegfried and Roy’s, Roy Horn Being Sued for Sexually Assualting his Caretakers. There is Video Proof!

This is no Travolta story here.  This story has a little more bite to it.  No pun intended.

If you recall, Roy Horn was mauled by one of his tigers back in 2003 he was bitten in the neck and suffered severe blood loss.  He also suffered a stroke and had to have ¼ of his skull removed to stop swelling of the brain.  He was left paralyzed and has been going through crazy rehab to gain full  motor skills.

That’s where the caretakers come in.

They are not masseuses, they are therapist and they are heterosexual…and did I mention, they have video proof!

The video is a silver bullet, or should I say videos.  One video allegedly shows Roy grabbing the nuts of two of his caretakers, another one shows a caretaker taking Roy to the bathroom where Roy takes his hand, puts it on the caretakers butt and then thrusts his own butt into the caretakers crotch area.

He’s also accused of whipping one of the caretakers with an oxygen tube.  He must have thought he was a Tiger!  Another clip shows Roy reaching under the shirt of one and giving him a purple nurple.  (Twisting his nipple until it hurts).  The caretakers face appears to be writhing in pain!

They say that Roy is extremely strong on his right side. So much so that he grabbed one of them and forced a kiss on his mouth.

By the time the men got together to file their complains with the LVPD (Las Vegas Police Department), they were told that there is a 1 year statute of limitations.  They were out of luck so they decided to sue him.

HORN WAS SUED BEFORE, BUT WON!

This isn’t the first time that Roy Horn has been sued for sexual harassment. Unfortunately however, he won that case.  Roy was awarded money for a baseless legal claims.  The lawsuit was filed by Horn’s personal assistant who says he was fired for rejecting Horns physical advances.

Looks like he should have had it on film.