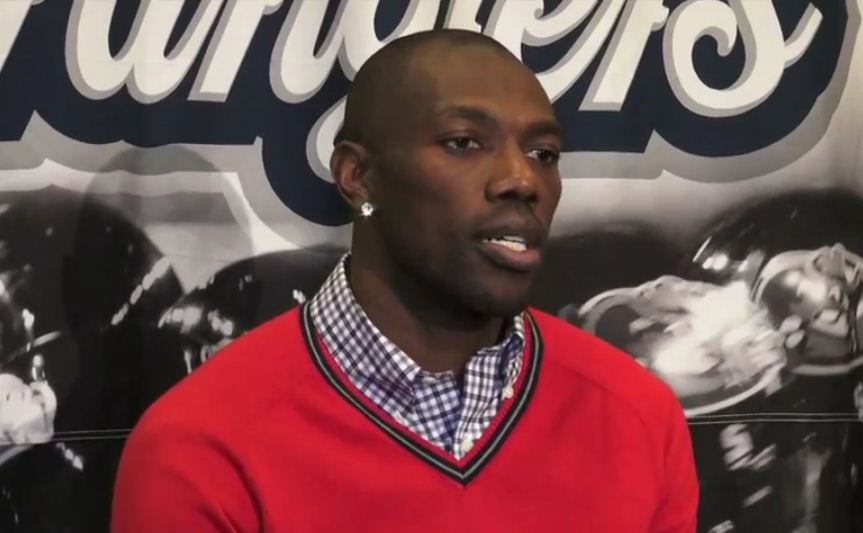 Terrell Owens Gets Fired From The Indoor Football League For Being T.O. and Doing What T.O. Does.

TO just can’t catch a break.  He’s now been fired from the Indoor Football League.  They said that he breached his contract.

It appears that it was a simple misunderstanding.  The team made an appearance at a children’s hospital where T.O. was required to attend.  Unfortunately no one told TO that.  He skipped out on the event and the Allen Wranglers fired him.

From the statement that was released by the Wranglers, it was more than just that.  They just had very little tolerance for T.O. and all that comes with him.

The Wrangers released a statement,

Due to his high profile status and his accomplishments in the NFL, the Wranglers signed Owens with high expectations of positive things for the team, the league and the community. Unfortunately, the team’s ownership does not believe that these expectations have been met . “It is difficult to look other players on this team in the eyes and tell them that being a team player is important…that giving it your all on the field every night is our expectation, when another member of this team is not operating by these standards”, stated team President and Co-Owner Tommy Benizio. ”The proverbial straw that broke the camel’s back for Mr. Owens was his no – show to a scheduled appearance at a local children’s hospital with other Wrangler players and coaches. It is not the desire of the Allen Wranglers’ organization to disappoint fans by having our most notable player miss a scheduled appearance.”

A rep for T.O. said that he is considering filing a lawsuit, stating,

T.O. “played all games according to his contractual agreement and was proud to be part of the IFL and the Allen Wranglers.”

This is one of those things where it was more politics than anything.  How about a suspension or a fine?  I think firing him is a bit too far.  He was rumored to be making anywhere between $250,000 and $500,000 and he had ownership shares which he lost as well.

His dominance in the indoor league, (scoring 3 touchdowns in his first game) caused him to slack off so much that not only was it offensive to other players but the fans began to notice which added to the teams decision.

“Our fans are amongst the best in the league and it is impossible to maintain a player when even our fans notice and comment on a player’s lack of effort both on and off the field. We need to do what is best for this team, our fans and this community. It’s disappointing and unfortunate, but he could no longer be tolerated by the Wrangler organization.”

I wonder if he will be eligible for another team. Owens caught 35 passes for 420 yards and 10 touchdowns in eight games with the Wranglers.  Not bad, especially for a 38 year old.