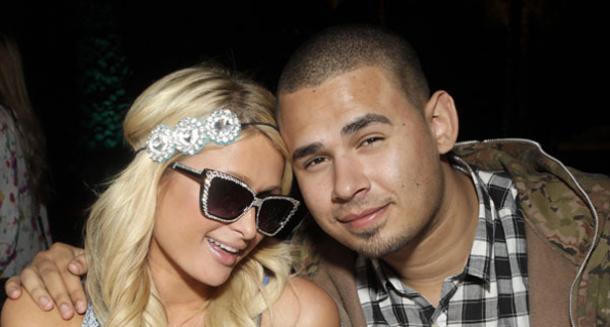 AfroJack Dumps Paris Hilton Although they Both Try to Deny They Were Ever Together.

For one I was surprised when Afrojack moved into Paris’ mansion this year.  In the past Paris has said many racist comments that led me to believe that she would never date a black guy, let alone one that went by the name of “Afrojack”.

From all reports she was all in.  A source tells Radar Online,

“Paris was really into him and admires the work he has done. Afrojack did a lot of the work on Paris’ new album which will be released later this year. He took a lot of criticism for working with her, but he truly does believe that she has talent. Paris was smitten with him, but Afrojack just wanted to have fun and not be exclusive with anyone. He is on the road practically every day performing in clubs all over the world, and he just isn’t ready to settle down, whereas Paris is.”

He’s only 24, she’s 31.  He’s Pauly D status, he’s literally one of the Worlds most famous DJ’s and being attached to Paris really served him no benefit.

THE TWO WERE NEVER REALLY DATING

Sources are now saying, despite Afro jack living in her place, the two were never really dating.  They say that the two were just really good friends.  In an exclusive story written by Us weekly the Paris rep states that,

Paris and Afrojack are best friends and love and support each other very much.  Nothing has changed.

DJ Afrojack is 1 of my best friends and always will be.  Must be a slow news week that the media keeps making up these ridiculous stories. Lol.

Ok, I’m really good friends with my ex, that doesn’t mean she didn’t dump me.  Let’s see if Afrojacks magic can help Paris soon to be released album to follow up the 197,000 copies of her first  solo album.