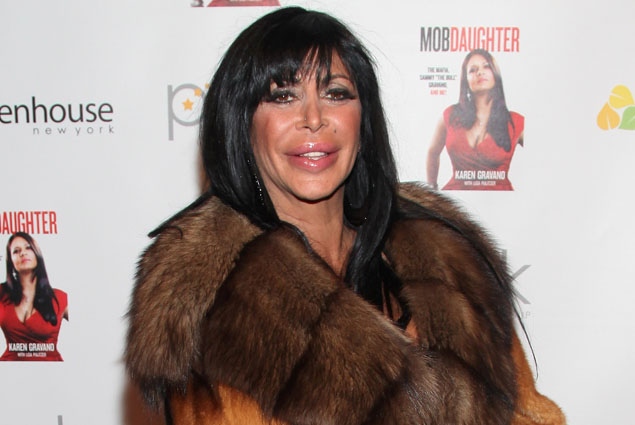 The son of Mob Wives’ Big Ang is going downtown.

The police actually showed up at Big Ang’s bar, “The Drunken Monkey”, to take her son into custody.  A.J. was not there at the time but later made arrangements to turn himself in.

A.J. was part of a huge sting that resulted in 50 felony accounts.  He himself was set up by and undercover cop.  Back in December he sold a bag of cocaine to an undercover officer and then acted as a middleman to his friend who was selling oxycodone. Overall in the sting, undercovers purchased more than 350 Oxycodone pills at $17 to $19 a pop, as well as quantities of cocaine and marijuana,

Last year A.J. was arrested twice last year, once for beating a man with a pipe and the other for driving drunk. This behavior should not come as a surprise at all.  Big Ang was set up back in 2001 where she also sold cocaine to undercover cops.   When she was arrested she had 14 small bags of coke on her, however she never did jail time.  She plead guilty and was sentenced to house arrest and 3 years of probation.

i run my hood im the boss of all bosses and all u haters can keep hating slime….,”

Umm…good luck with that in prison.  Dont’ drop the soap “boss”.