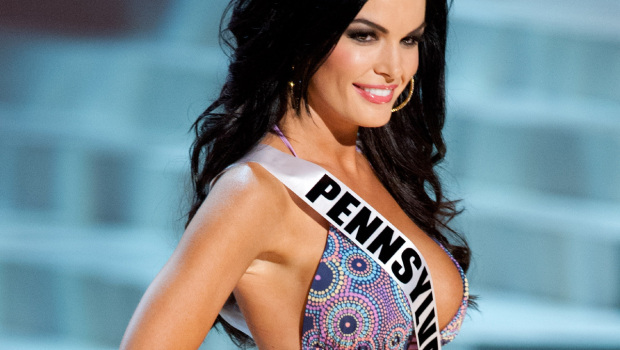 Sheena Monnin has been given 24 hours to apologize to Donald Trump for comments that she made in regards to the Miss USA pageant.

Sheena was Miss Pennsylvania before she resigned this week after accusing the entire Miss USA organization as being a fraud.  She said,

“In good conscience I can no longer be affiliated in any way with an organization I consider to be fraudulent, lacking in morals, inconsistent, and in many ways trashy,”

WHY DID SHEENA MONNIN QUIT?

The Daily News says that they have an email from Sheena Monnin, which basically says  that she was quitting because of the new transgender policy.  The email said that she

refuses to be part of a pageant system that has so far and so completely removed itself from its foundational principles as to allow and support natural born males to compete in it.”

WAS THAT REALLY THE REASON?

She later switched up her story to say that she is quitting because she found out that the winners were pre-selected.  She said that she was told this by another contestant (who has since denied making those allegations.    Monnin insists via her Facebook page that she saw a folder that had the final 5 selected before the TV show actually aired.

Trump, who is not shy about anything spoke out on the Today show basically calling Monnin a sore loser, saying that she is suffering from loser’s remorse and that he will be suing the contestant,

She said some really strong things. When she’s using the word ‘fraud,’ that’s pretty strong, so we’re going to be suing her on that basis,

After thinking it over Trump and his attorney, Michael D. Cohen decided to give Monnin a second chance.  Cohen recently told E! News,

“Accordingly, if Ms. Monnin in a writing received by Mr. Trump within the next 24 hours apologizes and withdraws her utterly baseless claim that the Miss USA pageant results were predetermined, then and only then will Mr. Trump and the Miss USA Organization not proceed with litigation against Ms. Monnin seeking massive damages for her defamatory and offensive remarks,”

Let’s see what happens.  Sheena the clock is ticking.