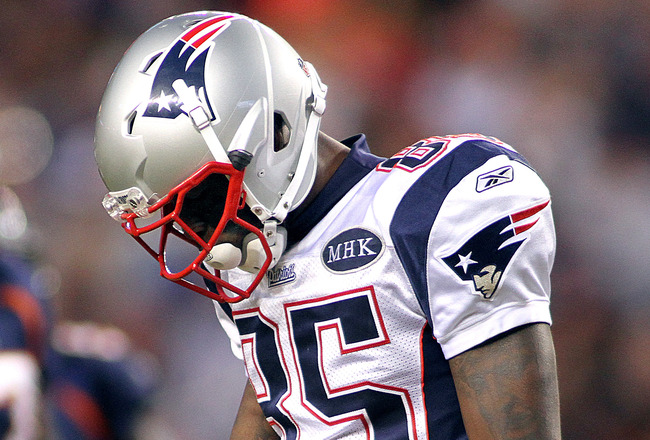 Chad Ochocinco Gets Dropped by the New England Patriots, Hopefully Not From Evelyn his Fiancé

Chad better slow down his spending just a bit, at least until he finds another job.  The New England Patriots who tried to trade the wide receiver unsuccessfully let him go today.  Although the Patriots went to the Super Bowl, they did it in large without the help of Ochocinco.  He was virtually non existent putting up the worse numbers in his career.  He caught just 15 passes for 276 yards and a touchdown.

In Cincinnati where he played for 10 seasons he had a career high of 97 catches one season and had 7 seasons receiving 1000 yards or more.

“Thoroughly enjoyed the opportunity to play for the “Patriot” organization… fans were … wicked awesome, I wish all of you the best…”

Super agent Drew Rosenhaus is probably working the phones as we speak.  At age 34 his career is entering its twilight, I suspect maybe one or two good years left which will make it challenging to find a team.

Ochocinco also needs to pay for a lavish wedding for him and future bride Evelyn Lozada.  Earlier this week the couple were having a hard time finding a hotel that would allow them to film the reality show “Basketball Wives” which his fiancé is a part of and will feature his wedding.  Sources say none of the upscale hotels want cameras and Evelyn on their property because they are all afraid she might start a fight.