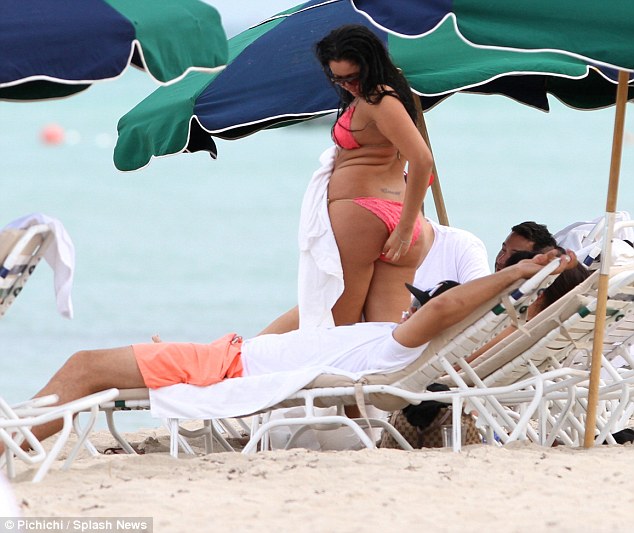 Why Kris Humphries Lawyers are trying to hide his New Girlfriend,Fatima Myla Sinanaj.

Hump has been outed, it’s been revealed that he is dating this chubby Kim look alike.  Normally nobody would really care.  Let’s face it, Humphries isn’t the most exciting man on the planet and without the Kardashian circus following him he’s almost non-existent.

That’s just it.  Him dating this new w oman Fatima Myla Sinanaj comes back to the Kardashians!  A heartbroken Humphries has a much better chance in court and a heartbroken man is not dating.

TMZ reported that Hump’s lawyers reached out to Sinanaj’s lawyers to get a non-disclosure agreement in place to lockdown anything that would imply that the two are in a relationship.

Previously Humphries stated that he wasn’t interested in dating anyone until after his divorce was final, but he was caught with Fatima on a Miami beach.  Since then, fatima’s twitter and facebook pages have vanished.

She had several tweets that took shots at Kanye, Bruce Jenner and Kim.

[Kanye should be] bigger than taking petty shots at s**t that got nothing to do with him. Lost respect,’

Bruce Jenner’s face scares me – it should be on the “Why not to get plastic surgery” poster.’

RadarOnline reports that Kris and Myla are no longer seeing each other because of the legal implications:

‘Kris was honest with her from the beginning and it’s very likely that he won’t be seeing her anymore now. There are always going to be girls that are looking for their 15 minutes of fame and say they are dating Kris. It just comes along with the territory.’

Compare that with Kim shelling out $400,000 on a Lambo for her new Boo Kanye and Humphries is looking pretty good right about now.