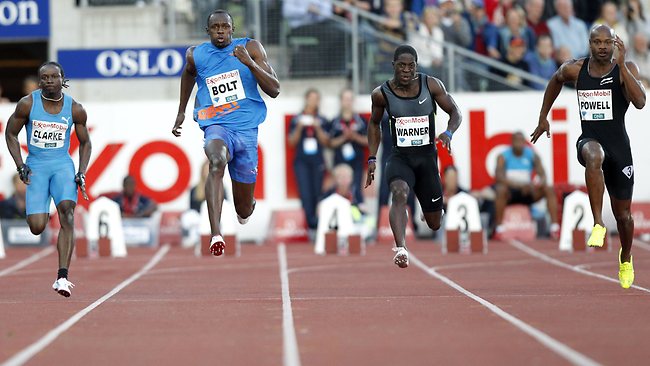 Usain Bolt Crashes His BMW Into a Guardrail during An Early Morning Accident, Emerges Uninjured. [photos]

Usain Bolt was involved in a car crash at 5:15 AM on Sunday.  Fresh off a victory in Oslo on Thursday and looking ripe for London 2012, a car crash was the last thing he needed.

Usain’s publicist Carole Beckford confirmed to the Associated press that he was uninjured,

“There were no injuries at all. He is fine and resting at home,”

Bolt was driving his black BMW about 5 AM and swerved into some guard rails in the Half-Way-Tree area of Kingston.

Asafa Powell was also with Bolt but traveling in a different car and also confirmed that Bolt was ok as well as confirming that he was not involved  in the accident himself.  He tweeted,

“My friend and countryman (Bolt) is ok after a fender bender,”

“Contrary to the news, I was in another car.”

Bolt and Powell are national heroes and news of the accident sent shockwaves through Jamaica.  Bolt and Powell took first and 2nd place this Thursday in the 100 meters where Bolt overtook Powell after a slow start off the line.  Bolt will be going into the 2012 Olympics in London undefeated.  He hasn’t lost since 2011 World Championships in South Korea.  Even then he beat himself.  He was disqualified for a false start.

Like the rest of the world, I can’t wait to see Usain Bolt in July!