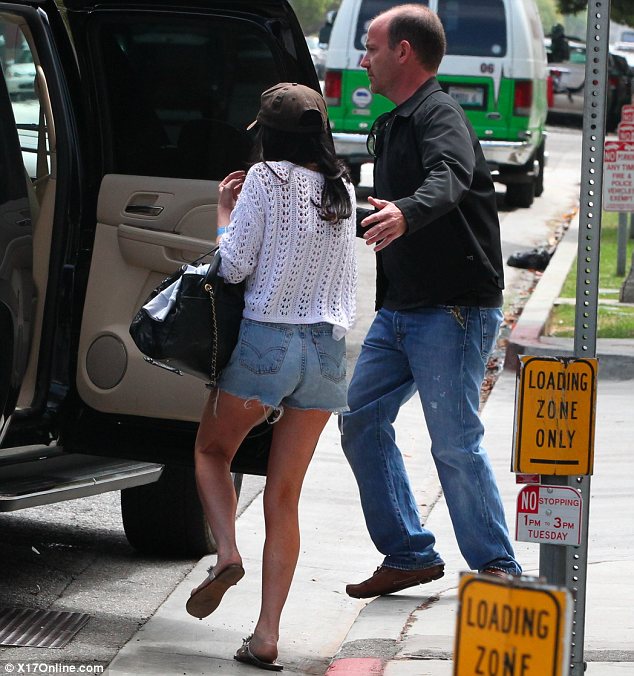 More Trouble for Lindsay. Lohan’s Lies Regarding Car Accident Could be a Violation of Her Probation.

Lohan just can’t stay out of trouble, but I don’t feel that bad because she brings a lot of it on herself.  The actress is still on probation and when she got into the accident on Friday, she told police that she wasn’t driving.  It was her assistant that was driving the black Porsche not her.  Another inconsistency in what would be hodge-podge of details concerning what could have been a simple rear-ending.

The driver came forward and said that he was bribed not to say anything as he witnessed Lindsay and her assistant leaving the car and getting into another vehicle taking a pink bag.  He was asked not to report the accident and not to mention the existence of the bag.

When Lohan tried to blame the accident on the driver he mentioned that there were eye witnesses and possible video.  Lindsay then said she was the driver but the brakes, despite being replaced just days before had failed.

Police will reportedly file a report with the claims she lied to cops, which is a crime. The lie could trigger a probation violation report in her shoplifting case, which could mean she will face jail time.

Me thinks Me Smells a cover up.

They should have given her a drug test because if it was a simple crash then then all of this shuckin’ and jiving would not be necessary.  She was worried because something wasn’t right.  She might have dodged a bullet here….if she can get out of the charge of lying to the cop.  This girl has 9 lives but she is probably down to her last two.