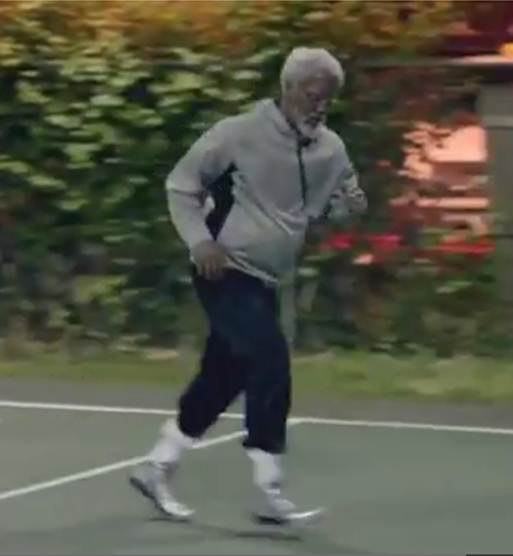 NBA Rookie of the Year, Kyrie Irving thought it would be fun to take his game to the streets of New Jersey.  In doing so the number 1 draft pick dressed up as an old man . In professionally applied prosthetics he posed as the Uncle for one of the regular players and sat on the sidelines while they played what appeared to be a normal pick up game.  When one of the players is injured, “Uncle Drew” is called from the sidelines to step in.

After purposely getting off to a slow start with multiple air balls, missing passes and barely being able to breathe, Irving then turns the heat up, and takes everyone to school.  It was clear after a few moves, a dunk, and some ankle breaking that the spectators were in for a treat.