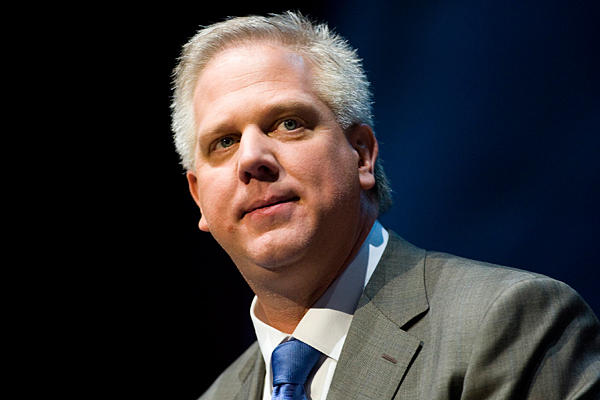 Everyone thought that losing his daily show would humble Beck, if it did, it was not for long. I knew Glenn Beck was killing it, but I had no idea just how much. Up until now I thought only Howard Stern was the only radio personality able to broker a $100 Million dollar deal.  I was clearly wrong, there is plenty of money in radio.

Beck is reportedly getting $100 million over the next 5 years which is twice as much as he was getting previously.  Not too bad during a recession.  As one could imagine Beck was happy as hell, releasing a statement praising Premiere, the Clear Channel subsidiary that cut the check,

Simply put, Premiere is the best in the business.  Over the past ten years, they have proven to be a true partner in every sense of the word.”

The Glenn Beck Program is listed in the top radio shows in the country.  It’s increased its ratings almost 50% adding 200 affiliates placing the show on over 400 stations. In case you were wondering here is what the top 5 looks like:

This is roughly the top 5, I say that because it’ different depending on your source.

Looking at that top 5 you can see now why Rush Limbaugh still has his job despite his behavior, because people are listening…..and who knew Sean Hannity’s audience was so huge?

Premiere Networks President had nothing but positive things to say about Glenn Beck, Julie Talbott released a statement,

“Since we began our relationship 10 years ago, Glenn has not only built an incredible connection to his audience on multiple platforms, but has also established himself as a true talent and visionary,  We’re incredibly proud of the continued growth and success of our partnership with Glenn and Mercury Radio Arts, and look forward to working together for many more years to come.”

Beck’s definitely not a one trick pony; he hosted his own daily television show and has also written 6 New York Times Best sellers.  According to Forbes, Beck rakes in about $80 Million per year.  After some very controversial comments about Obama and his “deep seated hatred for white people” his Television audience and advertisers shriveled.

Liberals and Democrats thought he was finished after he left Fox, I think Beck will bet you $100 million that he’s not.  It’s clear that talk radio is a conservative’s medium with huge right wing republican audiences.  These people tend to make up a wealthier demographic creating a smorgasbord of advertisers for these radio shows to choose from.  For Becks’ salary to double, imagine how much advertising dollars are spent.  If you hated Beck before chances are he’s not going anywhere anytime soon and his right wing controversial antics have just begun.