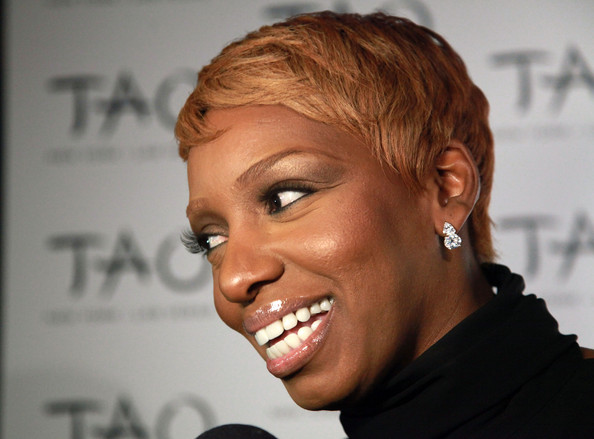 The NeNe Leakes Empire Continues, Reality Star Inks A Deal to Start Her Own Clothing Line

Nene has made another mogul move to increase her Leakes empire.  Introducing Nene Leakes fashion line.

She is actually doing it the right way.  She is not following Sheree an producing her own designs, she is just allowing another company to use her name to promote their designs.  Therefore, there is literally no work needed by Nene herself, with the exception of approving the clothes that would be a part of the line.

Nene has just signed a licensing deal with Beanstalk who announced the new partnership during this year’s Licensing Expo 2012 going on right now in Las Vegas.

In a statement Beanstalk says, that their intention is to,

“leverage NeNe’s position in pop culture to offer consumers fashion-forward, affordable apparel and accessories, designed to empower women to walk into a room and ‘own it’ — like NeNe herself.”

The company’s President and CEO spoke highly of NeNe,

“While the fame of reality television characters is often short-lived and fleeting, NeNe Leakes has displayed versatility that has enabled her to transition from being a ‘Real Housewives’ personality to a featured television star on ‘Glee.’ NeNe’s mult-faceted personality and aspirational style will translate well into products that will emotionally connect with her fans.”

Just what does Nene’s empire consists of?

I would say not that much.  She is listed as being worth $4 million dollars which is not a lot.  Because it’s not a lot she will most likely continue to do The Real Housewives of Atlanta.  The show pays!  Besides this clothing line deal, the only other notable things that she has going are a few television appearances:

Her main breadwinner is Housewives and looking at Nene’s and the other salaries, it’s no wonder why they do the show.  Nene rakes in over $1 Million dollars and is clearly the highest paid Housewife.  Then Kim, Sheree, Kandi with Phaedra and Cynthia in tow.  Here are the salaries below as reported earlier this year by Media Takeout

If I was Beanstalks president, Michael Stone, I would probably wait another season before tying my brand to Nene but then again I’m sure they got her on the cheap.