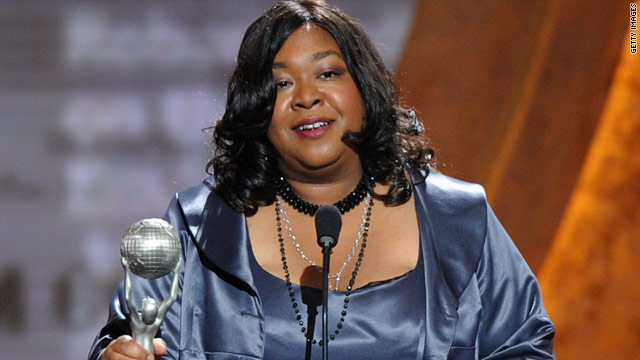 Shonda Rhimes Blasts ABC’s Bunheads for Lack of Diversity! Is She Getting Too Bold?

Bumheads premiered last week on ABC with some decent numbers: 1.7 million total viewers (735,000 adults ages 18-49).  Some say that it would have been higher if it wasn’t for the Stanley cup Playoffs, I say not.   The good news for ABC is that the criticism was held to a minimum with most reviews being inconclusive because it’s too early to tell and the character development has just begun.  Much to ABC’s chagrin, one of the harshest critiques came from one of their own, Shonda Rhimes.  Rhimes who is infamous for portraying diverse casts including utilizing people of color in powerful, controlling positions put Bunheads on full blast for their lack of black actors.  She lit the show up on twitter with her view point of the show stating,

“Hey @abcfbunheads: really? You couldn’t cast even ONE young dancer of color so I could feel good about my kid watching this show? NOT ONE?”

Bunheads is a show created by Amy Sherman-Palladino who also developed Gilmore Girls.  It’s about a ballerina turned Vegas show girl who marries a man on impulse and moves from Vegas to his town and takes over his mother’s dance school.  Yep, you get all of that in the first episode. The show focuses on this women’s relationship with her new dance students and her new life in this small town. The show looks and feels a lot like Gilmore Girls which is good or bad depending on how you feel about GG.  If you have the GG box set like me, then Bunheads is already programmed in your DVR.

IS SHONDA RIGHT ABOUT THE LACK OF DIVERSITY?

I understand Shonda Rhimes’ criticism at first but then I ask, “where does it end and where does it began?”.  Just because a show is on TV doesn’t mean it has to have a black person with a starring role.  If that’s what Rhimes chooses to do with her series, great, and I’m thankful for that.  Just because a show doesn’t have a black person starring in it does not mean that your child can’t watch it and you feel good about it.  If you can’t then What are you then teaching your child? “If it ain’t black then it’s wack?”  Very similar to the complaint about the Bachelor not having black people.  If it’s going to happen, let it happen organically as it would do in real life.  Forcing it would often do more harm than good.  What if someone said they couldn’t feel good about the show “A Different World” because there were no white characters.  Everyone would sh**t their pants.

Rhimes is not totally wrong.  I get what she is saying and she has a small point however there is a time and a place and Twitter isn’t the place and publicly tweeting about the show, who is on a channel that is paying your bills, (threefold)  is not good practice.  Think before you tweet.  You have a good situation going on with ABC, I would hate to see you ruin it.

Here is the “Bumheads” promo,