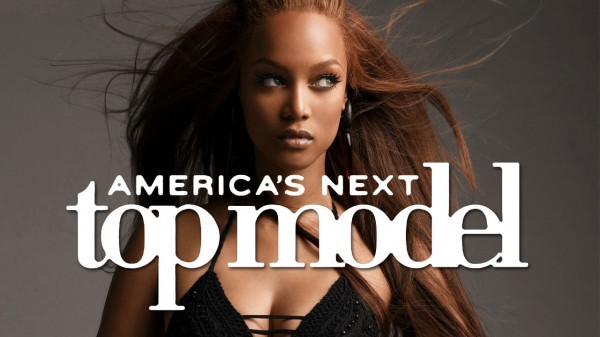 More America’s Next Top Model Changes – Could this be the End for Tyra, or a Fresh Beginning For the Show?

Cycle 19 of ANTM is set to premiere on Friday August 24th which is fitting as it’s the “College Editions” starting just about the time that school starts.  With that comes a host of changes.

Despite the shake up to the judging panel and the worrisome Friday Night time slot, the biggest and most notable change is that Covergirl and Italian Vogue are out.  Previous winners got to be Covergirls and they shot Covergirl commercials during the competition (remember those episodes??).  Well not anymore.  They have been replaced with Nylon Magazine and Smashbox Cosmetics.

Don’t get me wrong, for an aspiring model who does not yet have an established career these are great opportunities, but let’s be honest, Nylon Magazine, Smashbox and Nine West don’t have nearly the same prestige and notoriety as Covergirl and Vogue.  Back in December Janice Dickinson reported that Covergirl actually chose the winner not the judges, but honestly, I would expect them to have a say in who will be representing their brand, as I would expect Smashbox Cosmetics will as well.

The good news is $100,000 cash is on a table as well as a contract with LA/NY Models.  Just to be clear, not a $100,000 modeling contract like Covergirl was offering but –the cash and the contract.

TOO MUCH GOING ON…..

In addition to the new judges that we have been talking about all spring Tyra is also announcing that she will work with stylist Johnny Wujek and fashion blogger Braynboy.  Bryanboy will be acting as somewhat of a social media expert to mentor the models and highlight the scores, comments and video messages from the viewers that will be revealed in the show during judging.

Choreagrapher Jonte’ will also be involved helping the models

“bring out their charisma in the various challenges and photo shoots”.

Tyra is throwing in everything but the kitchen sink.  The problem here is, if it doesn’t work you have no idea why.  You’ve changed way too many things at the same time to really know the one or two things that made a difference. AT HOME JUDGING…NICE TRY BUT WILL IT ACTUALLY WORK?

The judging system is very confusing.  It’s not very clear from the website….at all.  As we know the show is filmed ahead of time, it’s not like “American Idol” where you call in to vote on Monday and there is a live announcement on Tuesday.  In order to incorporate the audience voting factor they have to do things ahead of time.  This proves to be a difficult task.  In order to be effective essentially you have to promote the show enough before it airs to solicit votes on the photo shoot pics without actually watching the show where they shot the pictures.  Using social media, magazine and Television ads, Tyra has to let people know that they can vote, RIGHT NOW.

Tyra notifies people that they can vote via twitter and facebook.  The votes are collected and then used for the taping of the show.  What sucks is that the user engagement meaning your votes, won’t be seen until the episode airs.  With Idol and other voting shows, you get instant gratification.  Here we have to wait months to see if our votes actually worked.

What happens when a model gets eliminated?  Will we just not see their photo up there in the next shoot?  That’s just giving things away.  What if “The Bachelor” worked like that, we wouldn’t have to watch to see who was selected.   Voting has actually started and you can see already that it started out with 30 hopefuls and now as of today you are only voting for 12, so that first episode where you don’t even know who is going to make it in the house, is for nothing.  We already know. To make matters worse you re voting for 12 people that you do not know anything about.  They could be racist, bitchy self-absorbed assholes.   You don’t know if you like someone until you see them interacting with the other girls in the house.  Yes – I agree this leads to you making a choice based on photos alone, but a model is more than just a pretty face.   At least that’s what Tyra told me.  This voting system does not reinforce that at all.

This show is on its last leg.  The voting could pay off because if you are voting and submitting video votes then you will be watching to see how your votes impacted the outcome….or your favorite getting voted off early could cause you to tune out.

Kudos for Tyra and CW for stepping out on the edge, but thumbs down for really not thinking this through.  This could be America’s LAST Next Top Model if they are not careful.