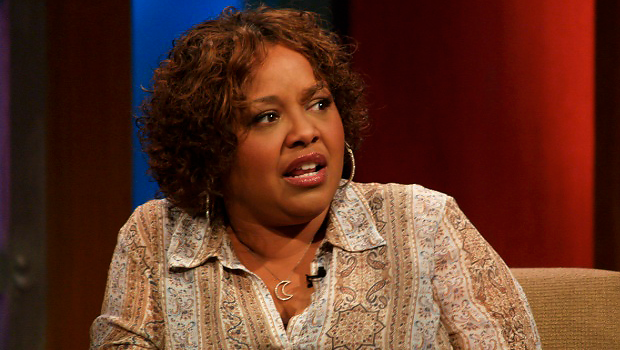 Yvette Wilson’s Death and the Celebrity Hypocrites Who Pretend to Care!

Moesha’s Yvette Wilson has lost her battle with cancer.  Just back in May we reported that she was battling stage 4 cervical cancer and needed money because the medical care and related bills were adding up.  It appears that it was all insurmountable and she passed on Thursday at only 48 years old.

“Unfortunately I can verify Yvette’s passing yesterday. She was a good friend, a talented actress and a very funny lady, both onscreen and off.  She will be sorely missed, but I’m sure her talent and humor will live on in her legion of fans. It’s a small comfort knowing we can still experience Yvette through the work she left behind.”

Kudos to Jeffery Pittle who is a good friend and actually knows what that means.   Pittle set up a website to raise funds for his friend as the cancer treatment became too expensive for her to handle.  She beat it once but the cancer came back even more aggressive than before.  On top of that her kidneys begin to fail her and she desperately needed a transplant. ARE YOU f**KIN KIDDING ME?

How can someone, with so many Hollywood ties and connections, someone so young – not even be able to raise $50,000 to save her life.  Maybe there was no saving her life, but I would let her leave dignified.  Without setting up a website asking the public for money.  I would putt her in a top notch hospice making sure she had the best care money can buy.

Now everyone wants to tweet, their f**kin condolences.  What good is being rich if you can’t help other people?  You only need but so much yourself.  Even if I never worked with her, or met her, she has given so much on stage, movies and TV, that I would find her and take care of her.  If I was Jay-Z or Puffy, who are worth over $400 million each, I would take that website down and cut her a check.

Maybe some of her friends did donate, but it wasn’t enough.  When I got done cutting her a check that website would have been pulled and replaced with a happy face.

SIMPLY PATHETIC!  So save your tweets, and fake ass condolences.  They don’t mean s**t anymore.  Everyone updates their twitter and their facebook walls etc, takes 2 minutes to reflect and then they will be partying and poppin’ bottles tonight.

FAKE ASS CELEBRITIES!!  They probably spend more then $14,000 on table service at the club.

With no money to pay for her medical needs, on top of all the pain both mental and physical with battling a terminal illness, she is definitely in a better place.