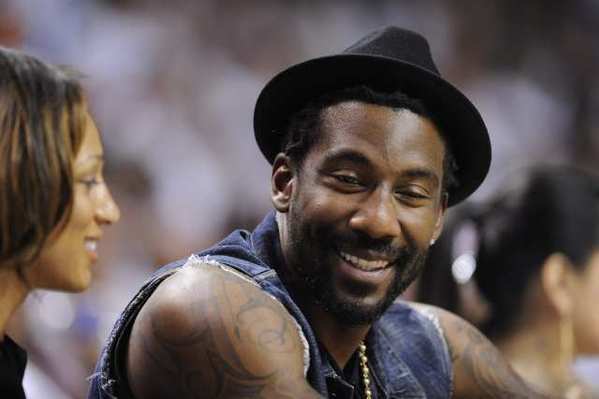 A fan named Brian Ferrelle caught Amar’e Stoudemire off guard.  He sent Stoudemire a direct tweet basically talking smack to the All Star NBA player.  Ferrelli sent him a direct message that said,

““You better come back a lot stronger and quicker to make up for this past season mannnnnn deadasss!!!”

If Stoudemire tweeted that back, it might have not been as bad as what he actually tweeted.

Even though it was a private direct message, Ferrelli also known on twitter as BForReal took a screen shot of the message and blasted it out to everyone.  That pic hit deadspin.com and that was all she wrote.  Viral City. 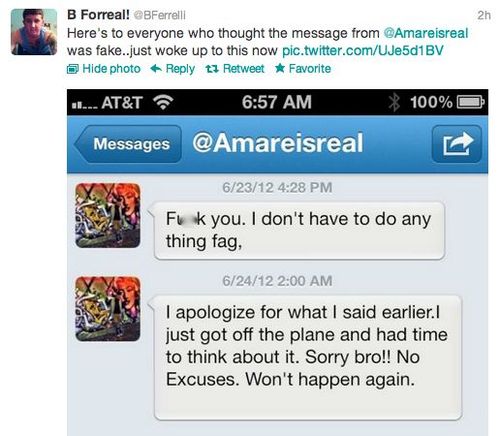 Amarie must have gotten wind and tried to do some damage control.  He quickly tweeted an apology,

“I apologize for what I said earlier. I just got off a plane and had time to think about it. Sorry bro!! No Excuses. Won’t happen again,”

This is the perfect apology.  No lame excuses – straight to the point.  Will it get him off the hook? Maybe.  The NBA is looking into the issue which shouldn’t take long.  Amar’e’s rep basically deferred the media to his apology tweet also confirming that the incident did happen and that the tweets were indeed authentic.  Last year Kobe got fined by the NBA $100,000 for calling a ref the same thing.

Ferrelli has proven himself to be a good dude, just a passionate fan.  He didn’t want to make this issue bigger than it already turned out.  In fact he declined to comment any further on the matter and when the news contacted him for a statement he refused and replied simply with a tweet

“I don’t want to make this situation any bigger than it already is. He apologized and I accepted it,”

I’m sure Amar’e will honestly appreciate that.  I see this whole incident outside of Amar’e’s character in a stretch that has the superstar in a slump.  After injuring his back in a warm up dunk last year that sidelined him for 6 months and then punching a fire extinguisher after a Knicks playoff loss to The Heat, hopefully this is the end of the negative and Amar’e can start to shine again.