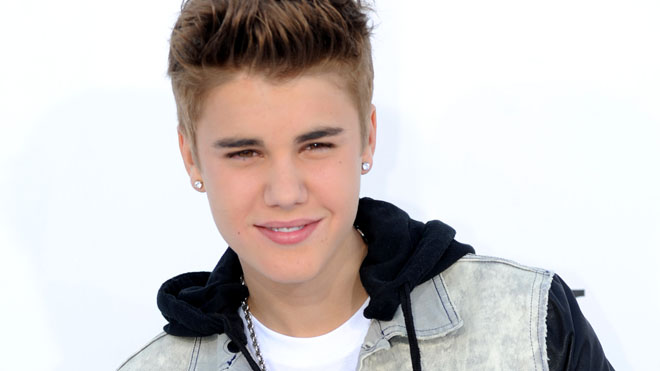 Justin Bieber Record Sales are High but Did Not Meet Expectations, I don’t Think He Minds.

As can be expected fans are going wild over the Bieb’s new album.  He’s sold over 373,000 units during its first week of release, which in this age of digital piracy is considered damn good.  The problem….we all thought it would do much better.  Music industry insiders thought he would do somewhere in the  410,000 to 420,000 range.

I mean come on he’s got 24 million twitter followers.  He released snippets and sneak peaks of this album forever.  He was on “the Voice” , “Letterman” and every show you can think of.  He even went the gangsta route and knocked down a photog for some additional street cred.  His boyfriend video on youtube has 88 million views,.  So what gives?

What gives is the fact that he’s not a kid anymore.  He’s not the cute cuddly thing that everyone has to have.  Although Usher is his mentor, The Bieb has not turned into the “Sexy Bieb”.  If you don’t make that transition, and clearly he hasn’t, then you will be stuck being a Teen Idol which means you will be replaced by someone who is actually a Teen.

So what am I saying??

I’m saying that Justin Bieber’s days as a Teen Phenom are numbered.  Digital sales is why most musicians get into other forms of performing such as Television and movies.   Bieb’s CD is being offered on Amazon for $4.99.  The real thing is $16 but I haven’t personally seen anyone unwrapping a physical CD since Bieb was in footie pajamas.

Let’s not get to worried too quick. The boy is not dumb or at least surrounds himself with very smart people.  He’s very well invested and can still market just about anything he wants.

Bieber is branching out and will be around for a while especially in the internet space.  He’s got a ton of investments going, including a stake in Spotify.  The list also includes

That’s just to name a few.  He also still has 43 million facebook followers, he has sold 1 million bottles of his nail polish.  Yep – it’s called “One Less Lonely Girl”, and his perfume entitled “Someday” has earned $60 million in sales in just 6 months.

Despite not meeting expectations, he’s exceeding them in just about everything else, not to mention I think he’s got about 2 or 3 more good albums in him.  This isn’t a matter of Bieber failing to meet expectations, it’s expectations not being set right.