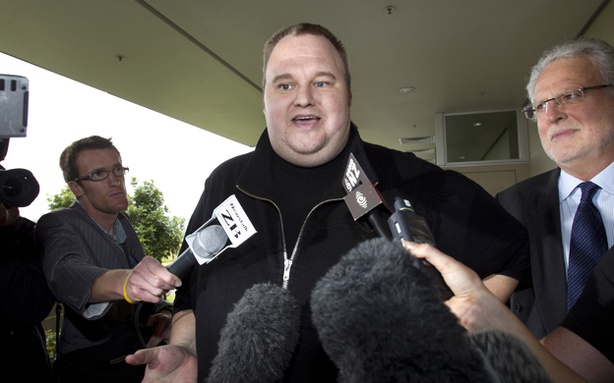 Kim Dotcom So Far Keeps Winning, A New Zealand Judge Rules that US Warrant was Insufficient!

Some guys just can’t lose.  Kim Dotcom is one of those annoying bastards, so far.  A New Zealand judge has declared that raids by the US government on Kim’s properties was illegal!

Whoo-hoo!! (Sorry but that guy is a personal hero of mine).

Translation: Dotcom didn’t know why the police showed up and wasn’t told that the US government was launching proceedings against him.  Essentially his rights were violated.  Furthermore, information copied from Dotcom’s hard drives by the FBI, and subsequently sent to the USA, was also done illegally,

What does this mean for Kim Dotcom?

It basically means that the judge ordered the return of his seized property which includes a ridiculous amount of hot cars (I posted pictures here earlier this year).  He also barred the remainder of Dotcom’s property from leaving the country.

This is just another win for the mogul who has in recent months been doing just that: WINNING!

Kim has gotten a lot of his assets back, has received bail and is allowed back on the Internet even opening up a Twitter account.  He now has 40,000 followers.

Back in April he won $750,000 after it was ruled that they had the wrong search warrant before the raid.  However, he is not out of hot water yet.  His next fight is August 6th.   He will face trial to see if he will be extradited to the US.  If he is found guilty he could be looking at 20 years.  This is indeed a landmark case.  He is being tried for copyright infringement and wire fraud. He claims he is innocent and that his enterprise was protected under the Digital Millennium Copyright Act.

This case wills set the precedence for a lot of what we do on the internet.