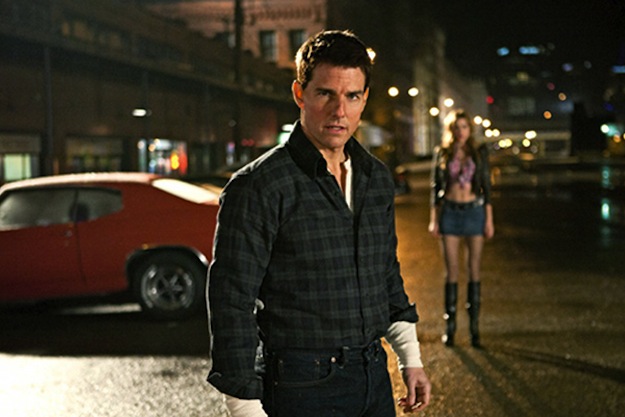 Tom Cruise In ‘Jack Reacher’ Trailer He’s a Certified Bad Ass and Does Not Look 50!

The official US trailer is here, just in time for Tom’s 50th birthday.  Jack Reacher is just a straight up bad ass complete with a 1970 Chevelle SS.   Reacher appears to take Cruise’s contract killer character from Collateral, makes him a good guy and turns up the intensity a few notches.

Reacher is an ex-military police officer now turned investigator that knows everything about everything when it comes to military trained snipers, including that they don’t miss.  When there are six shots fired and only five bodies, Reacher knows there is something wrong and he also knows that he’s the only one that can get the job done.

The character is taken from a series of novels written by Lee Child.  Reacher is in 17 novels and the movie is taken from the 9th book in the series entitled “One Shot” .   In the books Reacher stands 6’-5” compared to Cruise who stands merely 5’-7”.  However from the look of the trailer Cruise does a good job of making up for the height difference.

Christopher McQaurrie who directed “The Way of the Gun” and who wrote “The usual Suspect” wrote and directs this film.  It’s due December 21st  2012.

His personal life might be falling apart but Cruise appears to have his career under control.