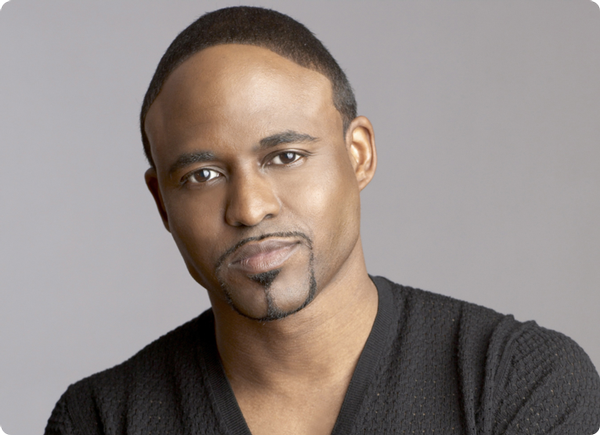 Wayne Brady Drops The Nice Guy Rule, Says He Would “Gladly Slap the S**t Out of Bill Maher” [audio]

Shout out to Tanya, who emailed me the link to this podcast.  It’s a show called “Girl on Guy” apparently by Vibe magazine.  The lady that you hear is named Aisha Tyler she is interviewing Wayne Brady, specifically in reference to Bill Maher.

Bill Maher has gone on record with criticism of Obama basically saying that he wish as maybe many others, that Obama was less like Wayne Brady and  more like Suge Knight.

This Brady took offense to.  I personally think Brady is being a little overly sensitive but he sounds pissed!  If you thought you knew Wayne Brady, this guy on the podcast is definitely the pissed off, “hood” version.  Even dropping an uncharacteristic “F” bomb.

“So, that means it’s a diss to Obama to be called me because he wants a brother-brother, or what he perceives. Just because you f**k black hookers, just because you have that particular black experience

The he explains why he hasn’t gotten into with Maher and he’s right, when you have your own show, once someone who doesn’t have their own show is quiet, you can continue to bash them.  Without a platform you don’t stand a chance.  Brady says,

I’m not going to win because as soon as you back off, he still has his platform to say whatever he wants to.”

Now comes the slapping the sh**t part and the hookers.

Now, I’m not saying I’m Billy Badass, but if Bill Maher has his perception of what’s black wrapped up, I would gladly slap the shit out of Bill Maher in the middle of the street, and then I want to see what Bill Maher would do.”

“Now, Bill Maher would call the cops and he would have his lawyer — I’d get sued and lose my house and it’s not worth it for me,” he continued. “But the black man part of me would be so satisfied to slap the shit out of him in front of Cocoa and Ebony and Fox, the three ladies of the night that he has hired … and Fancy, who also happened to be named Tyrique at one point.”

You can hear the pissed off, angry, black man Wayne Brady below – now if only Obama can follow his lead.