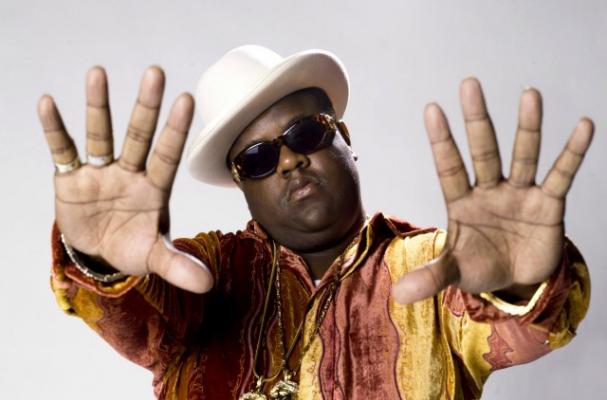 WTF is right.  I’m really not sure what these guys were thinking…in fact the only thing we know for sure is that they were not thinking.  The two playwrights and producers of the Notorious B.I.G. musical entitled “Ready 2 Die” were booked and charged in Westport, CT for stealing more than $800 worth of books from Barnes & Noble.

Alfred Green and Raheim Pope age 40 and 37 respectively were the two men involved in this ridiculous crime.  Police first found a Jaguar with Georgia plates with dozens of books lying inside.  Just peeking into the car, the police could see nine sets of the “Fifty Shades of Grey” trilogy, three copies of “Soula Coaster” (by R. Kelly) and a copy of Murder Mamas in plain sight.  The total of all the books was estimated at $868.

Green and Raheim were spotted at the book store and denied that the green Jag was theirs.  The officers took the two downtown for questioning, when Green flipped first.  He made a deal with the police telling them that if they gave him a $500 bond that he would not only admit to the Jaguar but also tell them where the key is.  After the police agreed to the deal, Green told them that he had been arrested before with Pope, and Pope hid the keys in his rectum!!

Police used a metal detector and put it up to Pope’s buttocks and it signaled that there was indeed some metal in there.  Pope was caught and pulled the key out wrapped in tissue paper. Both Green and Pope have been charged with fifth degree criminal attempt at larceny.  Pope was also charged with interfering with an officer.

WHAT ABOUT THE BIGGIE PLAY?

The musical, tentatively entitle “Ready 2 Die” and was supposed to be based on BIG’s life which is basically told in his first album.  There was a casting call in March but little has been mentioned since.  Recently B.I.G’s estate has come forward denying any connections to the play.  A rep from the estate released a statement,

If they thought they had problems before with production, I’m sure catching a case won’t make things any easier.  Let’s not hold our breath for this musical any time soon.