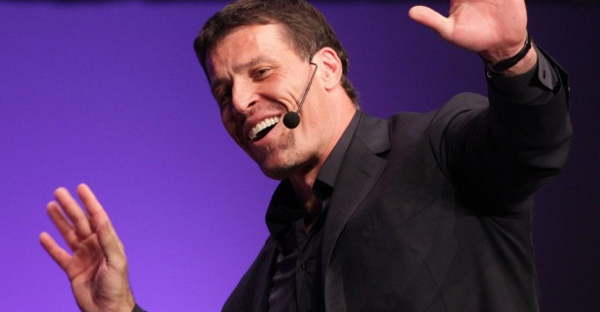 Tony Robbins might be losing his touch. 21 people didn’t make it across the coals without getting burnt during his infamous fire walk.

For those who are not aware, Tony Robbins does a seminar in which you are so empowered and believe in your mind so much that you believe that you can now walk across hot coals without burning  your feet.  I’ve never seen it before until Oprah had Tony Robbins on the Next Chapter and she accomplished the feat herself.

Apparently in San Jose they were not focused.  The event called “Unleash the Power Within” was being held in the San Jose Convention Center.  At the point where everyone is revved up enough and ready to walk the coals, they leave the Convention Center and walk over to a local park where there were 12 lanes of hot coals out on the grass.  10 feet long and 2 ½ feet wide.

BUT THIS TIME SOMETHING WENT WRONG…..

Something went wrong this time.  One witness said, that he heard screams of agony!

He also mentioned that he got burned a little because he lost focus and slowed down in the middle of the walk.

One student caught the people being injured on tape. He said he saw between 10 and 15 people being treated for injuries.  One lady was seen with both feet completely bandaged.  There were various second and third degree burns and two people had to be hospitalized.

We have been safely providing this experience for more than three decades, and always under the supervision of medical personnel … We continue to work with local fire and emergency personnel to ensure this event is always done in the safest way possible.”

The bottom line is someone prepared the coals incorrectly.  The coal walk is one of the oldest tricks in the book, if done correctly.  Physics professor David Willey explains,

It “does not need a particular state of mind.”

“Rather, it is the short time of contact and the low thermal capacity and conductivity of the coals that is important,”

HOW TO WALK ON COALS – TV Smack Talk Version

The event is always held at night so you can see the coals burning under the layer of ash.  The ash acts as added insulation for your feet.  Combine that with coals poor conducting properties and you have a situation where it basically takes a few seconds for the heat to reach the top of the coals.

If you walk briskly enough, you won’t get burned.  If you however walk slow or even worse fall, you are literally toast.

That night I suspect the coals were not lit enough time ahead to allow the coals to burn off and build up a proper layer of ash.

CAN THEY SUE TONY ROBBINS FOR THEIR BURNS?

Tony Robbins is worth $480 Million dollars.  I’m sure a part of the firewalking event you are required to sign all types of waivers releasing him of all responsibility in case you don’t walk fast enough!

The minimum price with the fire walk experience $995 with packages up to $2595.  If all 6000 people paid the minimum that’s a $6 Million weekend for Mr. Robbins.  Hopefully this doesn’t put a damper on future events.
foxnews
NOW WATCH OPRAH WALK THE COALS!!!