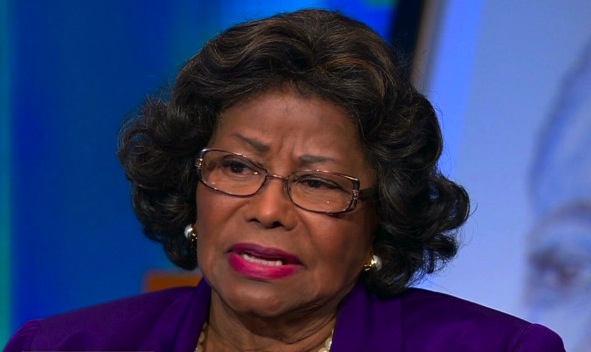 Jermaine Jackson Tells Press His Mom is Not Missing! Katherine Jackson is Safe!

Despite recent reports, Michael Jackson’s mom is not missing.  Son Jermaine Jackson told the press that his 82 year old mom is fine and is resting.

News of Katherine Jackson missing started to gain traction yesterday when Paris Jackson took to Twitter to try and find her Gramdmother who is her legal guardian.

“yes, my grandmother is missing. i haven’t spoken with her in a week i want her home now.”
“if anybody sees my grandmother, please call the authorities or this number — (818)-876-0186 it’s the security number .. thank you so much”
“the same doctor that testified on behalf of dr murray saying my father was a drug addict (a lie) is caring for my grandmother… just saying” A missing persons report was filed with the Sheriff’s department and attorney Sandra Ribera spoke out expressing the family’s concerns,

Knowing that their grandmother has never gone more than 24 hours without checking in with them when she travels, her grandchildren grew concerned after they failed to hear from her and contacted family members asking to speak to her. Michael’s children were told by family members who were allegedly with Katherine Jackson that their grandmother was not available to speak to them. . . .

“Concerned family members, particularly Michael’s children, have since made ongoing pleas to those believed to have knowledge of her location for information regarding her whereabouts. The only reports provided have been both conflicting and confusing – especially those pertaining to [her] health.”

Jermaine, sensing the seriousness of the situation jumped in and has been trying to put everyone’s mind at ease.  He also jumped on twitter and wrote,

“I want to reassure everyone… that Mother is fine but is resting up in AZ on the orders of a doctor, not us… This is our mother and her health is paramount. We are not inventing or plotting anything. We are following doctor’s advice. Period.”

All of this drama comes in the middle of a dispute about Jackson’s will.  Michael’s siblings are  accusing two men of faking legal document and Katherine Jackson is in the middle of the entire thing, so there was definitely and still is a concern for her safety.

The only thing we know for sure, is that at least she’s not missing.