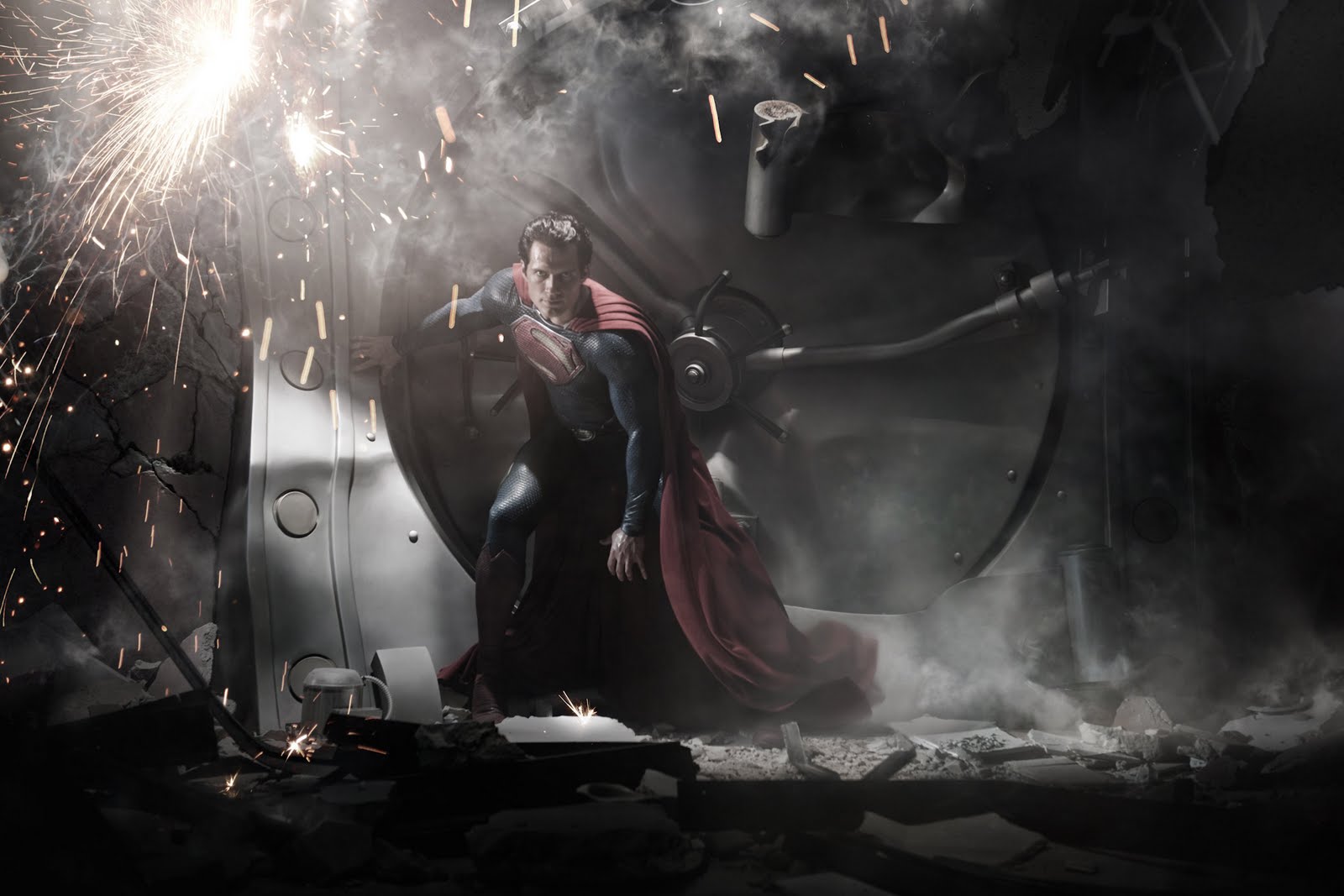 If you were one of the 8 or 9 people who didn’t see the Dark Knight or if you weren’t’ at Comic con then you didn’t get to see the trailer of the Man of Steel.  As you can see, DC has given up the traditional superhero movie names, no longer going with “Batman” or “Superman” it’s now “The Man of Steel” and “The Dark Knight”.

Along with that we get better storylines more intense actions scenes and overall darker characters.  From all the scenes I’ve seen so far, this isn’t Clark Kent in the newsroom.  I’m not sure where Chris Snyder is taking this movie but wherever he is, he’s creating a crazy buzz.

There are two movie trailers and it’s not clear who sees which one.  I thought one was in IMAX theaters for The Dark Knight and the other in regular but apparently IMAX viewers got no version of the “Man of Steel” trailer.  I think it’s just basically random.

The first trailer is Kevin Costner doing the voice over as Jonathan Kent.

“You’re not just anyone. One day you’re gonna have to make a choice. You have to decide what kind of man you want to grow up to be. Whoever that man is, good character or bad, it’s going to change the world.”

The other is Russell Crowe doing the voice over as Jor-El.

“You will give the people an ideal to strive towards. They will race behind you, they will stumble, they will fall. But in time, they will join you in the sun. In time you will help them accomplish wonders”.

Fans have mixed emotions after seeing the trailers. One thing they all agree on is that the trailers are too short.  I guess that’s why their called Teasers!!

Here is the Kevin Costner Voice Over

Here is the Russell Crow Voice Over