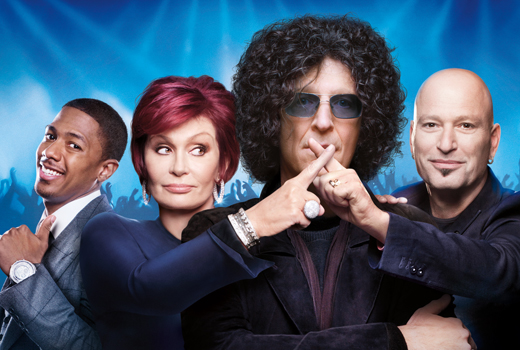 What Did Sharon Osbourne Tweet To Make Us Think She’s Done with AGT?

Sharon and Howard were on twitter yesterday when Osbourne sent a tweet in reply to Howard that got everyone buzzing.  The tweet which was a never completed stated,

‘money is not the reason I’m not returning’ to the show.

Producers from the show said that Osbourne doesn’t plan on leaving, I’m not sure if that tweet can be interpreted any other way.  Stern mentioned the possibility of him and Sharon leaving AGT on his SIRIUS radio show on Monday.  He also indicated that Sharon would need a pay bump to stay.  It’s rumored that all the judges are in the middle of negotiating contracts. Sharon originally replaced Brandy (if you remember her back in Season 1) and she also does the daily show “The Talk” on CBS.  Sources close to Osbourne say that the weekly commute to New York is just a little too much for the 56 year old Grandmother.  She would like to be close to her family.  Not only is she a new grandmother but her son also has recently been diagnosed with MS.

I think the real reason she wants to leave is she doesn’t like Stern stealing her thunder.  Howard has taken control of the entire panel with Howie Mandel and Sharon as 2nd and 3rd string cheerleaders.  Howard who started off somewhat timid has stepped up and is trying to earn his check, but in doing so has made Sharon and Howie somewhat ineffective.  Not to mention anything behind the scenes that any of them do, Howard uses as topics of discussion on his radio show.  That has to be annoying.

HOW WILL THE WHO BE RECEIVED IF SHARON QUITS?

Some think the show, which is down in ratings 15 percent , will drop even further without Sharon.  Daniel joseph Baker, a former contestant says,

“She is the heart and soul of AGT, and I just don’t know how they are gonna find someone with her character to fill that spot. She’s one of a kind. (She’s left) a whole in the show that I don’t think they can fill.”

In regards to two of the judges possible leaving Paul Telegdy, says,

“We all love Sharon.”

But he would not confirm or deny Sharon’s tweet. In regards to Howard Stern, Teledgdy does his best butt kissing to make sure it’s clear that they want Howard on board for next season.  He says regarding Stern,

“He’s proven himself to be a wonderful addition to the panel of judges on the show, We’re thrilled with the performance of the shows and would be delighted if Howard wants to come back.

In light of the recent shake ups with X-factor and Idol and the opportunities of these show to secure new judges and re-fresh themselves, I’m sure AGT will open their wallets and secure another judge and the show will continue without skipping a beat.  AGT has been on 7 seasons and each time someone did leave, the show continued almost without a hiccup.  Osbourne replaced Brandy, Hasselhoff was replaced with Pierce Morgan and now Howard Stern and Regis was replaced by jerry Springer who is now Nick Cannon.  In the slow summer season, AGT has two nights on NBC and even with lower ratings, the Show Must Go On….and will.

If Sharon leaves, she will be missed…..but only for a week or so.