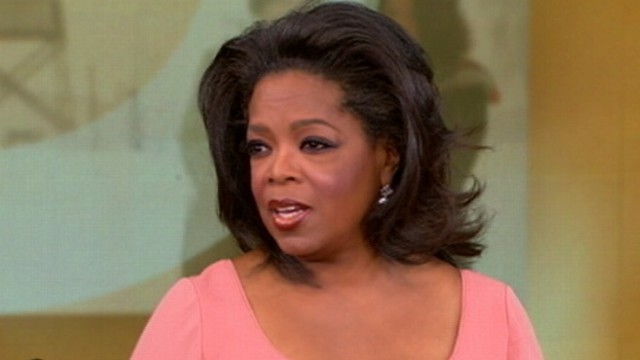 Why is Oprah in Barbados Doing an Interview?

Oprah, in her continued quest to single handedly save her network OWN, continues to bring in the biggest and brightest celebrities and Rihanna is next on her list.  Oprah is using her show, Oprah’s Next Chapter, as a catalyst to boost her network and as bait to attract the best guests.

Someone at OWN finally got smart and told Oprah that she was Oprah.  She forgot.  People love her because she’s her.  So if her channel was going to stand a chance at success it would take more of her.  It’s been everyone’s dream that when they get famous they would sit on the couch and talk to Oprah.  It doesn’t matter if she’s on ABC or on her on channel there are not many people that will refuse an Oprah interview and Rihanna is on that list.

As much as you might be tired of Rihanna and/or Oprah it’s still intriguing to wonder if Oprah will hit her with the tough questions.  I think it’s a safe bet that she will. In the past two months she’s gone hard at Kim Kardashian, Kris Jenner, and 50 Cent.  She has her old interview chops back and can keep asses glued in the seats for an hour.  It’s to the point where she’s making it look easy, and there is minimum yelling.  Thank God the Next Chapter is out of the studio (in Barbados) because if it wasn’t I could hear Oprah now, “Let me bring to you, REEEEE-AHHHH-NAAAAHHHHH.

Rihanna’s episode of Oprah’s Next Chapter is scheduled to air on August 19th.