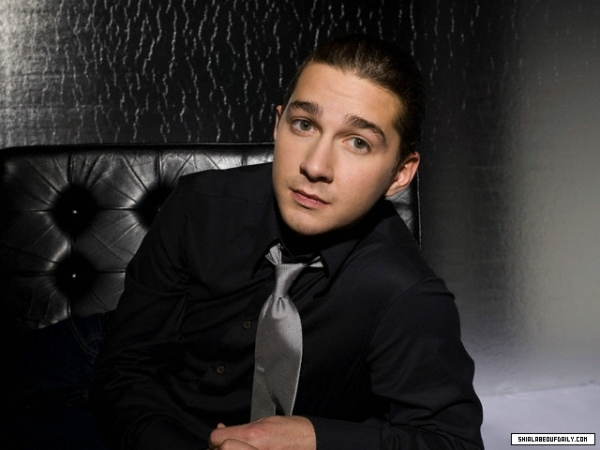 Shia’s body has been making a lot of news lately. First it was his 50 pound weight gain for his new film, Lawless, now it’s Shia in the Buff!!

News hit the internet that Shia will be possibly doing real sex scenes in his upcoming movie, appropriately titled, “The Nymphomaniac”.

The 26 year old LaBeouf says there is no beating around the bush.  The movie is straight up about sex.  He tells MTV News,

“[The movie] is what you think it is,  For instance, there’s a disclaimer at the top of the script that basically says we’re doing it for real. Everything that is illegal, we’ll shoot in blurred images. Other than that, everything is happening.”

This is a long way from the Disney Show “Even Steven’s” where Shia got started.

Shia sys that Von Trier pushes him and is one of the reasons he just had to take this role.

“[Von Trier] is very dangerous. He’s the most dangerous dude that I’ve ever showed up for. I’m terrified. I’m so terrified, which is why I have to go. We’ll see what happens.”

For those who are a little prudish Von Trier will be releasing the movie in two parts.  One will be more sexually explicit then the other.  It will be interesting to see how this project will be received by the public.  It might just be pushing things too far, then again, maybe not.  Production on the film is scheduled to start next month.