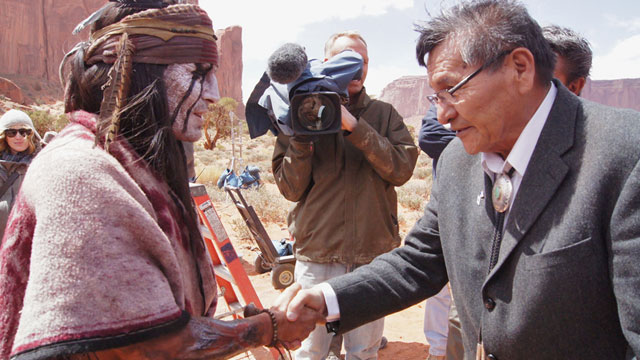 Crew Member on the set of Disney’s The Lone Ranger Dies!

TMZ was the first to report that a crew member that was working on the set of Walt Disney’s movie The Lone Ranger, starring Johnny Depp has died! Although filming was not currently in progress, it appears that this crew member was cleaning out a tank that was on the set. We are talking a movie set tank, one large enough that he would need diving equipment to clean.

While the crew member was working in the tank someone noticed that there were no bubbles coming up from the gear to the surface. They then pulled the man out and called 911. When the EMT arrived he was in full cardiac arrest and was helicoptered to the hospital where he was later pronounced dead.
A Walt Disney spokesperson confirmed his death with a statement,

“We regretfully confirm that a Lone Ranger crew member has passed away after being taken to a local hospital, our full support is behind the investigation into the circumstances of this terrible event.”

The initial report by authorities is that he died from a heart attack and the death is being listed as natural causes.  An autopsy will be performed this weekend.  Even a long life is short.  Daym!