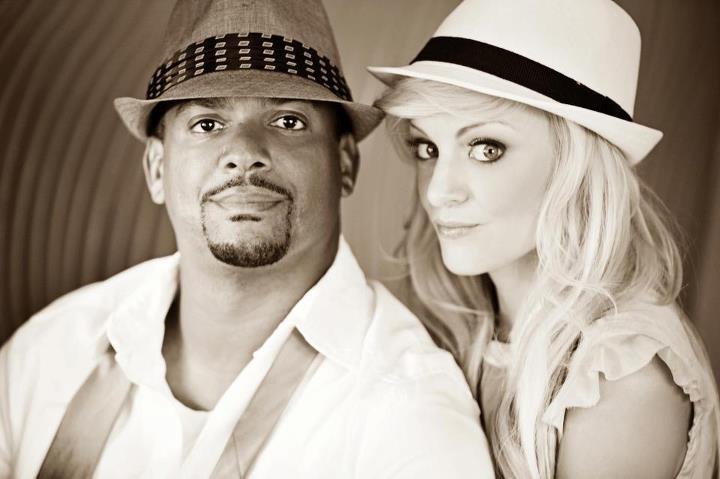 Alfonso Ribeiro is now a married man. The man that played Carlton Banks is now married to Angela Unkrich.  This is the second marriage for the 41 year old Ribeiro who has a 9 year old daughter from his first wife.

He and Angela have only been engaged for a few months, he popped the question in July.   Writing on his twitter:

I got engaged last night to Angela on Lake Tahoe surrounded by our dear friends and my daughter, Greatest day of my life

To pull off the event in such a short time, the two used famed wedding planner Michael Russo.  The marriage took place in Burbank, 175 guests were in attendance but no mention of Will Smith.

Now for the questions  – Who is Angela Unkrich and what does she look like? Here is a video of the two of them in the airport,

Unkrich is from Swedesburg, Iowa and appears to be just that. She is the daughter of a farmer and is a writer herself. From her facebook and twitter the two seem to be very much in love and she is super supportive of Alfonso. I’m sure after these stories are released she will learn to lock down her page.
Here is a picture of the “BLING” that Ribeiro used to pop the question. Other questions: Who is his Ex Wife and What does she look like?

Alfonso married actress Robin Stapler in 2002 and the two were divorced just 4 years later in 2006.  They had one child together, Sienna Ribeiro.

And of course the obvious – How much is Alfonso Ribeiro worth?

I hope this time around is the last time for Alfonso – It’s cheaper to Keep her.  Good Luck to the Newlyweds.