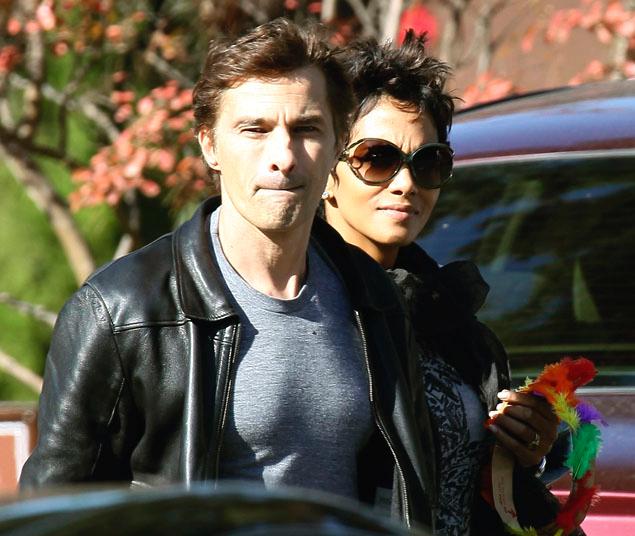 It appears that Turkey wasn’t the only thing on the menu at Halle Berry’s house this Thanksgiving. Gabriel Aubry was there with a side of beef!

Aubry showed up Thursday morning to drop off their 4 year old daughter Nahla. Halle’s boyfriend/fiancé Olivier Martinez was there as well and walked out to the driveway towards Aubry and said,

Fisticuffs ensued. Witnesses tell TMZ that Aubry started things off by pushing Martinez and then followed up with a punch. Martinez partially blocked the punch, which struck him in the shoulder and the two fought until Martinez was able to get Aubry on the ground and hold him until the authorities arrived.

During the brawl, Halle ushered Nahla in the house so she wouldn’t see her father getting jacked up.

Rumor has it that Aubrey was pretty lumped up. It’s reported that when he was admitted to the hospital he had a broken rib, a head injury and face contusions. Martinez was also hospitalized possibly for damages he suffered to his hand, the two were reportedly down the hall from each other at the same hospital.

Aubry was later arrested and then released on $20,0000 bail. Neither camp has released a statement on the incident.

I guess dealing with a baby mama drama isn’t only for hoodrats, or maybe hoodrats can also be rich. I will let you decide which one.