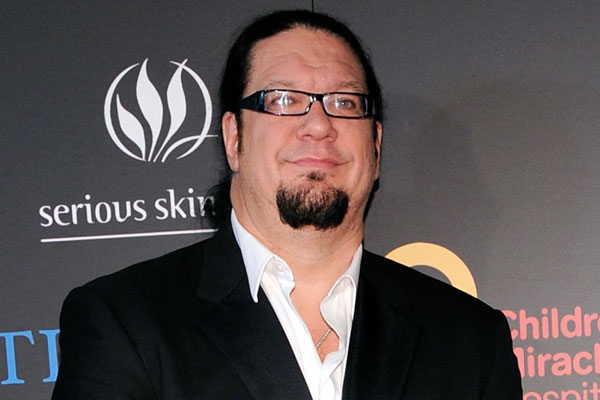 Penn Jillette, in his ever increasing attempt at fame outside of Vegas has now written his version of a tell all novel.  In the book entitled, Every Day is An Atheist Holiday! Penn goes on record talking candidly about many issues including reality TV especially Mark Burnett and Donald Trump’s Celebrity Apprentice.   Mind you, this is a show that he did once and then returned to compete in the upcoming Celebrity all-stars version.

As a spectator at home, we watch Celebrity Apprentice and think of it as a endless string of grueling tasks. Penn says, it’s not hard at all.  He writes,

‘The secret truth of The Celebrity Apprentice is that it isn’t very hard. The tasks are nothing. Makeup starts just after 5am and the show goes to about 10pm, but you spend most of that time doing nothing.’

‘The Celebrity Apprentice is junior high with a better brand of acne cover-up.’

Penn also goes in on Trump’s hair!  In a self-deprecating way he criticizes Trumps hair while also admitting it’s better than his own,

‘I wasn’t even going to say anything about Trump’s hair. I live in a glass house. I’ve always had ugly, out-of-style hair. Trump’s hair is a lot better than mine – but as I sat there for hours half listening to Donald carry on, it struck me exactly what his hair looked like.

‘It looks like cotton candy made of p***. That revelation came to me, and I had to type it here. But my hair is worse.’

Jillete also fires shots at Clay Aiken, who he went to war with on the show and then later befriended.  He wrote, Jillete continued to bash Trump saying that they only played along with the idea that Trump was in charge, sort of implying that there was a false, play acting, type of respect for Trump not a true respect for his business sense and ability to make the right corporate decisions.

‘We’ve chosen to make this whackjob, with the cotton candy p*** hair and the birther s***, into someone we want to please.’

Trump, who is normally very active on Twitter, has not yet made any mention of Jillette’s book or a reaction to his claims. You better believe, as long as he is Trump, he will have plenty to say as this story spreads on all the other blogs.

You can read a nice snippet from the Book where he also fires shots at DWTS. Not convinced? here is another snippet

But “The Celebrity Apprentice” people are honest. They don’t  pretend it’s  about something beautiful, and they don’t pretend it’s fair. It’s venal people clawing at stupid, soulless shit in front of the modern-day Scrooge McDuck in order to stay famous.

Go here to read more a whole preview of the book.  I have to admit…it’s pretty damn good.