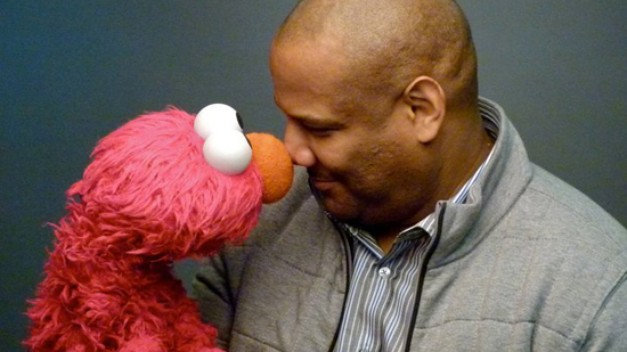 The third time is not a charm for Kevin Clash.  Just when you thought the whole Elmo scandal was over, out comes a third accuser.

Referred to in the official court documentation as “John Doe”, papers filed state that Kevin Clash and John Doe had sex when he was 16.

The law suit goes into details of how Kevin and John Doe met on a gay chat line where Clash lied about his age, he recalls,

“At 16 years old, John went on a gay chat line to meet friends who were also gay,”

John Doe says that he was there to just chat, there were no sexual intentions. He says that Clash contacted him stating that he was 30 years old.  Clash was actually 40 at the time.

After that it’s underage drinking and under age sex.

Although Doe says that he’s not in this for monetary gains, it’s clear that this guy is tryin to really get paid.  He is writing a book with all of the sorted details.  In a small excerpt, some pretty explicit information was provided,

“When we first met I was 16 and there was no intercourse; however lots of heavy kissing and he showed me what it felt like to get on your knees and obey your man,”

“Mr. Tickler is what I will call him and the game we played was father and son.”

There are plenty of reason$ why John Doe would fabricate such a story but he says it’s in support of those who have come forward already.  He wants to give credence to their stories.   Doe says,

I am only coming forward in support for the two victims that were accused as liars. I too at first thought it was a money thing and wanted to stay silent, but Cecil’s story reflects mine and deserves validation. Just say sorry so we can all move on with our lives. I pray that Kevin seeks help, because under these sexual demons is an incredible man.”

Clash released a simple statement regarding these allegations.  Through his rep, Risa Heller he says,

“Mr. Clash believes this suit has no merit.”

Yeah Right! Just like the other two.  Risa Heller has her work cut out for her.  Some real damage control and maybe some bigger checks might be needed ASAP.   I suggest she contact John Travolta’s people because that seemed like it was going to be a mess but suddenly went away rather quick.  Clash continues to lay low.