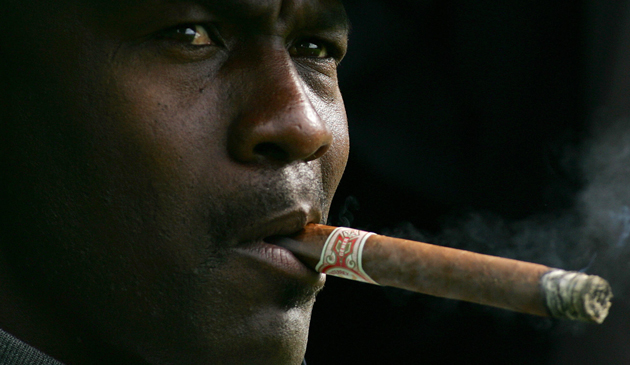 A Miami Country Club Bans Michael Jordan. Those Members Need to Get a Life!

This is why Michael Jordan is an asshole.  He has to be. The media, the press, bloggers, we all force him into the role of an arrogant asshole, and then we criticize him for being just that.

Jordan was golfing in Miami Beach at the La Gorce Country Club.  Memberships in that area are exclusive and can be $15,000 per year or more.

The dress code is that both members and guests are to where collared shirts and Bermuda shorts.  Jordan was a guest and decided that he would wear cargo pants as he has done before, while playing a La Gorce.

Members begin to complain that Jordan was not following the dress code and he was approached during his round and given the opportunity to change.  When he refused La Gorce says that “He won’t be invited back”.

A rep for Jordan releasd the following statement,

“Michael Jordan did wear cargo pants . . . He had been there many times before and had worn cargo pants previously, and had never been made aware that he was violating any dress code. This time, he was made aware of the violation on the 12th hole, and at that point . . . he did refuse to interrupt his game, and return to the clubhouse and change. We were not aware that he is not allowed to return to La Gorce. I guess it’s their loss — as MJ is a great golfer, and a great guest.”

After getting a whiff of this story, everyone decides that Michael Jordan is arrogant, he’s and asshole etc.

GQ Ran a Story: Michael Jordan’s Style: So Bad, It Gets Him Kicked out of Places

There is no question that Michael has made some questionable style choices in the past, but let’s recap who Michael Jordan really is:  arguably the greatest NBA player of all time and Owner of the Charlotte Bob Cats. He’s still one of the most widely recognized athletes in the world.  He earns over $40 Million dollars in endorsements annually and his Nike brand is on track to do over $1 billion in sales this year alone.  He has been a spokesperson for Nike, Gatorade, Wheaties, McDonald’s, Coca-Cola, Chevrolet, Ball Park Franks, Rayovac, Hanes, and MCI.

So I would think that you could cut him a little slack.  He wasn’t pulling down his pants and crapping in the bushes, he had on cargo pants!  For those who complained to management, simply “Get a Life”.  You guys were probably not happy that this big black man was on your course and receiving a lot of attention and probably afraid he has big black friends that will come back to your course with him.  This happens all the time, but Michael being Michael, says go f*ck yourself, finishes his round and plans on never coming back.  He’s labeled classless, a backyard hick and everyone is like, “See, I told you he’s and asshole”.

I’m with you Mike.  If and when I’m worth $500 Million, I’m not changing in the middle of my round either.  In fact, the member who brought Mike should have been held responsible. Like his rep said, It’s their loss.