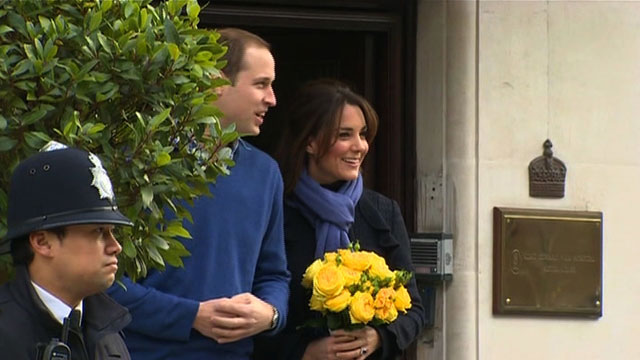 It’s all fun and games until someone commits suicide.  In an extremely bizarre and shocking turn of events, the nurse who was the butt of a prank call has been found dead.  Authorities believe that Jacintha Saldanha committed suicide, her body was found dead at an address near the King Edward VII hospital where she worked.

During the prank call you hear two nurses.  Jacintha was the first nurse who put the 2nd nurse on the phone.  The 2nd nurse is the one that provided the details on Middleton’s health.

Click here to hear the Prank call in its entirety.

The call literally made international news, even being mentioned on Conan O’Brien. The thoughts were the shame of it all, were too much for Saldanha too deal with.

Upon hearing of the death, William and Kate released a statement sending their prayers,

“Their Royal Highnesses were looked after so wonderfully well at all times by everybody at King Edward VII Hospital, and their thoughts and prayers are with Jacintha Saldanha’s family, friends and colleagues at this very sad time,”

Rumors that the Palace was outraged over the call were dispelled by a spokesperson for the Royal couple.  In fact they say they were sympathetic to the negative publicity,

“At no point did the Palace complain to the hospital about the incident.

“On the contrary, we offered our full and heartfelt support to the nurses involved and hospital staff at all times.”

There were several statements made in support of Saldanha, but none sums it up like the one made from Dr Peter Carter, chief executive and general secretary of the Royal College of Nursing,

“This is tragic news, and the thoughts of all at the Royal College of Nursing go to the family of Jacintha Saldanha.

“It is deeply saddening that a simple human error due to a cruel hoax could lead to the death of a dedicated and caring member of the nursing profession.”

It only took a few moments for the feelings over the nurse’s death to move from sadness and mourning to outrage.  The two Australian radio DJs, Michael Christian and Mel Greig who were responsible for the hoax were getting blasted on twitter;  a complete turn around from a few days ago when they were sending out bragging tweets.  Both DJ’s had to shut their accounts down.

There have been numerous requests asking them to resign and they might even be brought up on criminal charges.  Jacintha Saldanha’s suicide is not being treated as a criminal case but the breach of security is said to have possibly violated some laws.

Honestly, there is no one to blame.  It was a simple joke, which went way further then expected.  Even in the most far-fetched scenario, you wouldn’t envision such a horrific turn of events.

RIP to Jacintha Saldanha, sounds like she was a first class health professional.