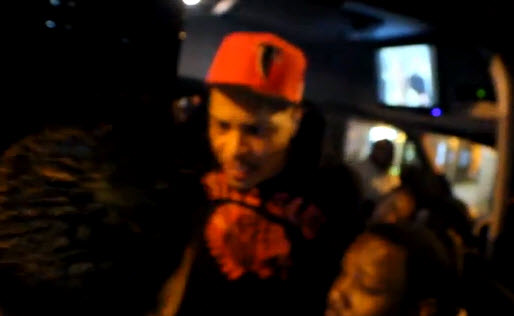 Watch T.I. Get Pissed At a Fan For Trying to Get a Picture – Was he Cruel or Cool?

I’ve never really been a fan of T.I. but just as I start to sort of like him, something like this happens. In the clip, it appears a fan, who happens to be a grown man, has already gotten a picture of T.I. and the artist is driving off, when he calls for his van to be stopped.

Then you hear someone in the crowd co-signing T.I. chanting,

At one point, T.I. gets so mad, he’s talking through his gritted teeth. Saying,

I asked you to stop talking.

That’s the look that your dad gives you before you get hit with the backhand. Although it appears that T.I. is in charge here, he’s not. He can’t do a damn thing no matter how mad he gets. He would be out of money and back in jail so he should be the one listening. This man is a fan and the reason while T.I. is still making money.

I get it. Fans are annoying and sometimes you just don’t feel like signing autographs. If you are T.I. you do one of two things, you either keep going when you pull off, or you open the door and sign an autograph, smile and shut the f*ck up. Opening the door and belittling a fan just makes you look like an ass and puts you in a position where you can assault or be assaulted.

Here is T.I. in a clip that I call….”Tip, Are your balls really that small??”