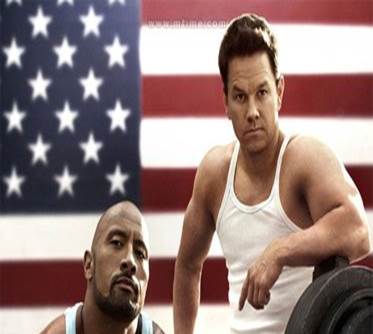 Make no mistake, this is a Michael Bay directed comedy.   It takes place in the late 90’s.  1999 to be exact.  Mark Wahlberg and Dwayne Johnson play to steroid, meatheads who get involved in crimes that are way over their heads, including an extortion ring, kidnapping and murder.

Ed Harris will also be a part of the cast playing a private detective.

The budget for the film is only $25 Million which is unheard of for a Michael Bay project.  This was made possible by Bay, Johnson and Wahlberg all agreeing not to take salaries and pulling their money from the back end profits.

Everything I’ve read about this film makes it better and better.  Pain & Gain is due to be released April 26, 2013.

Mark Wahlberg has a net worth of: $150 Million

Dwayne Johnson has a net worth of: $70 Million

Michael Bay has a net worth of: $400 Million