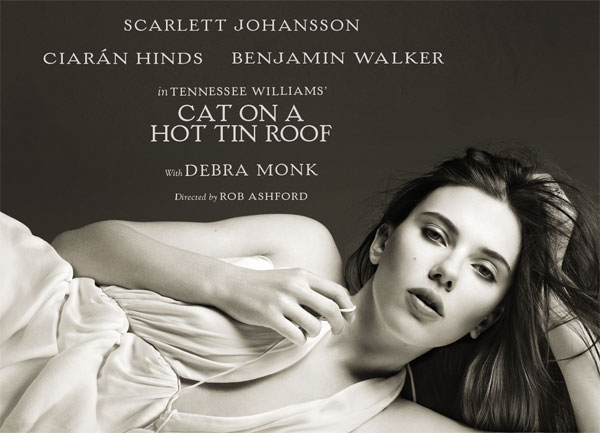 How Much does and A-List Celebrity get on Broadway? We Breakdown Scarlett Johanssons Salary.

For those who thought there was only money to be made in movies, think again. Scarlett Johansson will clean up big time in the revival of Cat on a Hot tin Roof. Johansson who won a Tony for her performance in A View From the Bridge will be getting $40,000 per week for Tin Roof. That’s not all. She will also get somewhere between 7.5 and 10 percent of ticket sales, once they reach $530,000. Basically after the investors recoup their original investment plus 10% she will then get 10% of all sales and 5% of profit. Not too bad.

Johansson said that the role of Maggie will be emotionally rigorous. During an interview with Vanity fair she provided some insight on how emotionally draining this gig will be.

For this play, it’s going to be hard to live that many weeks in a state of embarrassment and regret and self-loathing and desperation and all the things the character has gone through. To live that eight times a week for two hours each time and then all of a sudden Monday comes around and you find the theater closed—you say to yourself, Oh, what is different about today? Oh, right, I haven’t been in an emotional turmoil for 24 hours.

Before you get to envious of her salary, it’s not really that much. At 40K per week, and performing 8 times per week, that’s about $5,000 per performance. Al Pacino for Glengarry Glen Ross will be getting $125,000 plus 5% of profits. That’s more like it.
Cat on a Hot Tin Roof is scheduled to start preview performances on December 18.

Scarlet Johansson’s Net Worth is: $55 Million