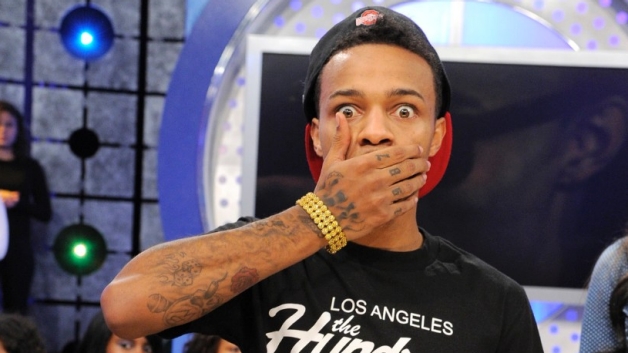 Bow Wow’s Rumored 106 & Park Salary and PROOF why He is Not Doing Well.

The streets are talking and they are saying that Bow Wow is not banking how he would like you to think.  Of course this is unofficial, which I usually don’t comment on, but I also noticed some strange things that make this story very believable.

A site called mouthtoears.com says a source told them that Bow Wow was only making $200,000 from his new job at 106 and Park.  That $200K is only for 6 months at which time his contract will be up for renewals and renegotiation.

$200,000 might sound like  a lot, but for a celebrity it’s more like $20,000.  Once taxes hit that money you will be left with just over $133,000 and that’s before child support.  Very quickly his earnings are starting to look like mine. With that little money, you have to move slow and stay in your lane.  A night out with the wrong people, as noticed by Scott Dirsk could cost you $20K.

AND NOW THE PROOF…..
The site also says that Bow Wow is available to book for parties for $3500.  I thought that was weird until I went to is twitter and I noticed something peculiar:

Do you see that?  He has a statement under his name:

That my friend is desperation.  No one who has a self-respecting agent would have that on their twitter.  Furthermore it’s a “Gmail” address.

Bow Wow just posted a tweet – telling you he posted an instagram picture of himself in the back of his car with a bottle of “Ace of Spades” Stunting.

Chris Brown just posts pictures.  He doesn’t  have to say that he’s posting them.  I can smell the desperation from here.

I say stop profiling and get in the studio, either movie or music.   Get a good agent, down size your cost of living and go to work.  This is getting pathetic.