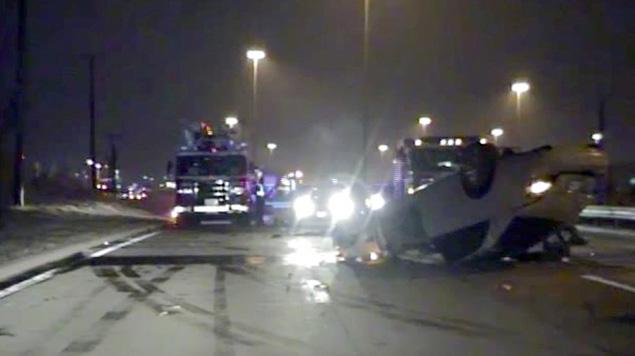 The autopsy report is in on Dallas Cowboy Jerry Brown Jr.  It seems like yesterday that the practice squad member was killed in a car driven by fellow player and good friend Josh Brent.

The accident occurred back on December 8th.  As authorities pull together the complete story, it appears that the two were drinking at a bar in a restaurant located in Oak Lawn, Texas named Eddie V’s.

As the two left the establishment, Brent decided to drive despite Jerry Brown being sober and begin speeding down Highway 114.  He struck a curb and flipped the car.

CONTROVERSY  – Was Brown Alive at the Scene?

There have been multiple witnesses coming forward saying that Brown was alive.  A witness named Stacee McWilliams said that not only was Brown alive, but she heard him screaming for his life.  Initially she thought that Brent was in the car alone because he wasn’t concerned about his friend, but then she heard screams . She recounts,

‘I jumped out and ran out toward the wreck. I yelled to Brent, “Are you OK? Are you OK?” And he told me he was fine as he was pacing back and forth.

‘I was relieved because I thought, it’s just a single-car accident, nobody’s hurt. And then fire sparked up from the car and got bigger and I started to hear screams.

Predictably, Brent’s attorneys say that McWilliams must have been seeing things.

The autopsy revealed that Jerry Brown died from a dislocated neck and a severely bruised spine and oddly enough he wasn’t even drunk!  His blood alcohol level was only a .056.  The legal limit in Texas ia .08.

HOW DRUNK WAS JOSH BRENT?

As a skunk.  He blew more than twice the legal limit.  His blood alcohol level was .18.  That is the equivalent of taking 20 shots in four hours or 5 shots and hour for 4 hours.

Brent has been charged with Intoxication manslaughter which carries a maximum sentence of 20 years.  He is currently out on $100,000 bail.