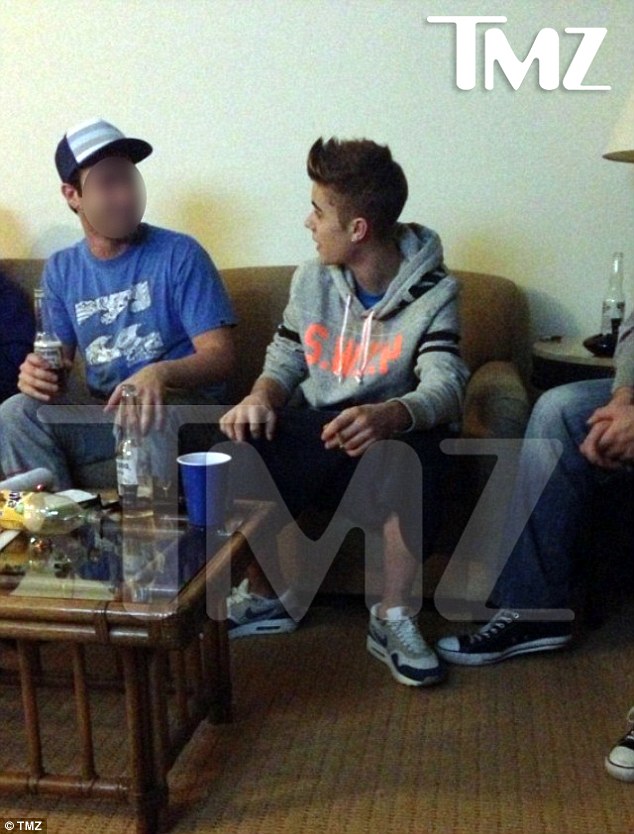 Justin Bieber Betrayed. Weed Smoking Pics were Taken and Sold by a Friend. Guess How Much They Sold for?

I was wondering just how much pictures of squeaky clean Justin Bieber smoking weed would be worth.  How about $25,000.

When we saw the photos, we were all thinking the same thing.  “What the hell was Justin Bieber thinking!”

He was thinking he was amongst friends.  The photos are from his hotel room at the Carlyle Hotel located on the Upper East Side of Manhattan.  He thought he was just hanging out with some close friends smoking a little weed in his hotel room.  A small private party with a small circle of friends.

According to the NY Post, someone in that room, someone who is a close friend of Bieber sold the pictures to TMZ for $25,000.

To you and I that’s a lot of money.  To someone who is Justin Bieber’s close friend, that’s a bar tab on a good Saturday night.  Of course up and coming rapper Lil Twist is under suspicion.  Twist was the person that was actually driving Bieber’s Ferrari when it was pulled over last week during the paparazzi photographer’s death.

Bieber defended Lil Twist on twitter.  He insists that Twist is a true friend tweeting in his defense,

“We’ve been good friends for A LONG time,”

The good part about having a small party is now that Bieber has an idea of who he can’t trust.

“The best way to find out if you can trust somebody is to trust them.”  I won’t take credit for that knowledge drop.  That was Ernest Hemingway, but he was right on!  He also said, “True friends stab you in the front”.