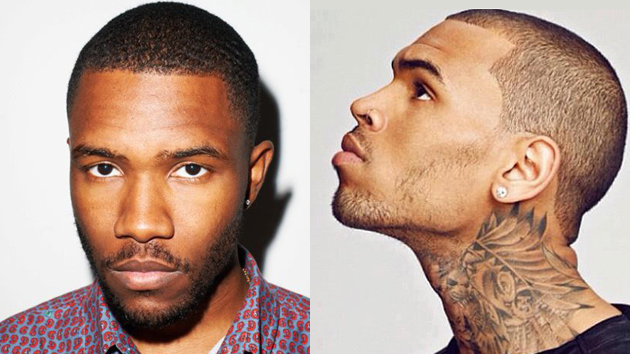 I would be remiss if I didn’t touch on this Frank Ocean Chris Brown situation.  It appears that this is something that is not going to go away, because now Ocean is “Desirous” of prosecution.

It all went down in West Hollywood at Westlake recording studio on Sunday, rumor has it that the two were fighting over a parking spot, but we all know it goes deeper than that. Brown was leaving the studio when allegedly he was stopped by Frank Ocean ad his boys.  Ocean then reportedly, says,

“This is my studio, this is my parking spot”

Chris Brown offered to shake Frank Ocean’s hand, which Frankie just looked at and laughed.  Reports say that when Chris Brow hit Ocean and the entire scene erupted into an all out brawl.  The brawl reportedly continued right up ino the lobby of Westlake Studio.  Eyewitnesses say  that they were breaking everything in site.  The receptionist was the one who called 911.

Ocean says that he,

“is desirous of prosecution in this incident.”

That’s a fancy-ass way of saying that he wants to press charges. This is important because Brown is still on probation from his beat down of Rihanna back in 2009. His probation is for 5 years and it’s only 2013. If convicted, Brown can have his probation revoked and head back to jail.
He is not Lindsay Lohan, the judge will lock his black-ass up! I got an exclusive photo of the fight below.