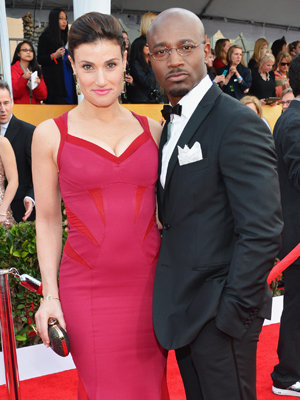 Taye Diggs pulled an LL Cool J last night.  After looking smoothed out at the SAG awards, Diggs arrived home to find out that he was being robbed.  Diggs, who lives in Studio City, CA about arrived home about 11:20 PM and found a man in his garage rummaging around for stuff.

When the intruder heard Winston (remember that? ) he begin to run, but not fast enough.  Taye caught him and tackled him.  Diggs then held the man until the LAPD arrived.  There was reportedly a get away driver, but he managed to get away!,

The suspect was identified as 20 year old Hassan Juma.  He was taken into custody.

Seems like just yesterday that Taye Diggs was Winston, helping black women everywhere get their grooves back!