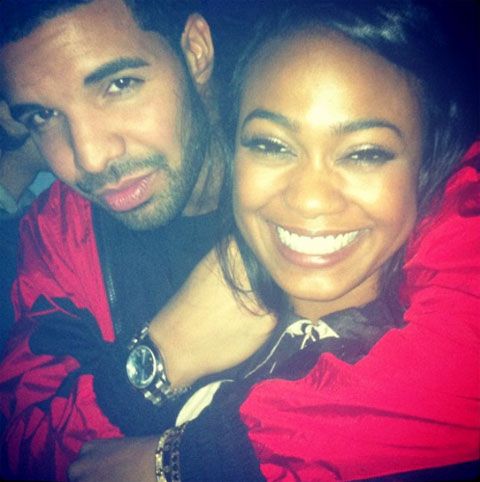 It’s starting to look like it’s official.  Tatyana Ali and Drake are a couple.  Ali first made it known that she was crushing on Drake during an interview in the Huffington Post.

She said the following regarding her obsession with Drake,

If you were on a reality show, what would it be called?
“Dirty Laundry,” or “I Love Drake!” — in which I stalk him on tour and try to make him realize we’re meant to be together. God, I love his voice.

Follow that up with Drake being spotted with her at the Supperclub in LA this week.  Tatyana was celebrating her birthday and reports say that Drake sent her roses and was seen kissing and hugging on her all night.

News of them being a couple hit Mediatakeout, Foxnews, and Latina.com, and everyone s embracing the possibilites of them being the next big gossip topic.  However, before we march them dial he aisle we have to keep one thing in mind, Ali digs one night stands.  As she told Huffington Post in the same article,