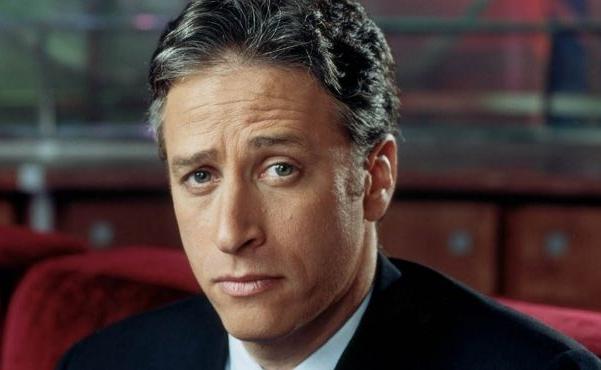 Jon Stewart Taking The Summer off The Daily Show to Work on a Surprisingly Different Personal Project.

Jon Stewart will be taking 12 weeks off this summer.  He will be replaced with show regular John Oliver.  Oliver will do eight weeks of new shows during that time.

WHAT THE HELL IS JON DOING?

Jon is actually directing a film.  Although comedy comes to mind, this movie is anything but a comedy.  The movie will be based on a book called “Then They Came For Me: A Family’s Story of Love, Captivity and Survival”.

The storyline revolves around a London journalist who travels to Iran to cover the presidential election back in 2009.  He thought he would only be away for a week but ends up in a prison where he was brutally interrogated for 118 days.

The film adaptation will be called “Rosewater”  because that’s the only thing that the journalist knew about the man that did the interrogating…..he smelled like Rosewater.

Stewart penned the script and will direct the effort and then return to work at the Daily Show.  He and the show are oddly connected to the story.  When the journalist was accused of spying, they used his appearance on The Daily Show as evidence against him.

Stewart says he is ready to step outside his comfort zone,

”I am a television person who is accustomed to having a thought at 10 AM and having it out there at 6:30 PM and moving on, so this is a little scary, yes.  One of the reasons we are in this business is to challenge ourselves.”

I think this is a good opportunity for John Oliver to shine and for Jon Stewart to continue to show us his talent.  With Scott Rudin on board as producer, I think the project is already off to a good start.