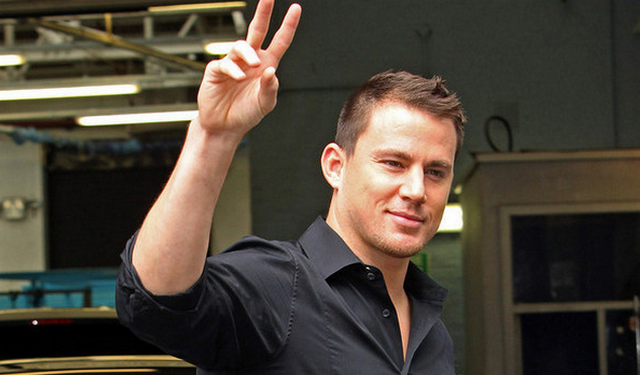 Channing Tatum Has An Eating Disorder

Okay, so he might not have admitted to having an eating disorder, but if you read some of his quotes from a recent interview with Cosmopolitan magazine…it kind of sounds like he does have a very unhealthy relationship with food. Channing is 33-years-old, married and his wife is pregnant with their first child, so it’s safe to say that life is going pretty well for the actor. However, in his interview with the magazine, he admitted that women might not find him as sexy if they knew how much his weight fluctuates between movies,

“I’m a fat kid on the inside. I love food so much, and I fluctuate about 25 to 30 pounds between movies. I feel like I have to do a chess movie that requires very little movement at some point, just so I can eat pizza and play chess on the beach all day. And then eat more pizza and cheeseburgers and drink beer. That’d be amazing. I’d give anything for that. I gotta figure that movie out.”

I don’t know about you, but to me that sounds like an eating disorder! 25 to 30 pounds? That can’t be good for the body, and it shows that he must be a binge eater. It sounds like to me when he’s “dieting” for a movie, he cuts himself away from all “junk” food and then after it is over, he eats everything thing he can get his hands on. That’s not good! Personally, I think you should work your favorite foods in to your diet to avoid the binge eating. But, who am I to give diet advice to Channing Tatum? I’m sure he pays someone a lot of money to help him with that. One of those Hollywood folks that will say anything the celebrity wants to hear.

Anyway, despite having thousands of girls drooling over him, Channing claims that he is really a normal dude. He says his group of friends know just what to say to keep him humble…

“It’s a hard thing for me to wrap my mind around the C word: celebrity. Rock stars are celebrities, because they’re larger than life. As an actor, you have to play the everyman and the everygirl. If you start treating people in the real world like assistants, that’s not a good look. But my friends keep me grounded. It’s embarrassing to tell you how much my friends make fun of me. Seriously, when you have a doll made of your face, it’s ridiculous how creative your friends can get, pictures, videos, little animated cartoons that they’ve made. And they’re way, way not PG-13. So I get chopped down to size all the time.”

Phew, when he busted out the “C word” I thought this interview was about to go in a completely different direction.  You know, Channing really does seem like a good dude. I don’t think he’ll ever beat someone in a game of Scrabble, but if your girlfriend cheats on you and you need someone to talk to? I feel like he would listen. He’d listen, order a pizza and drink beer with you until you both passed out in each other’s arms.