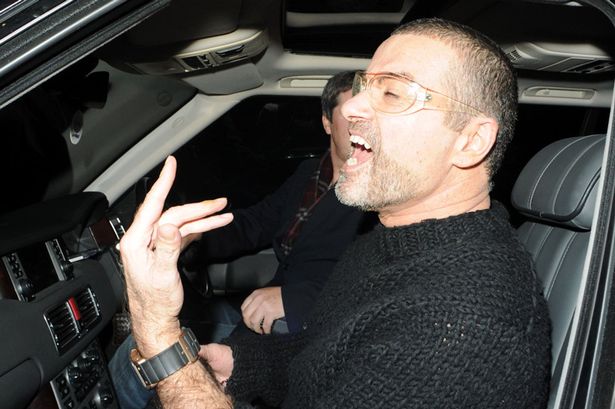 George Michael has finally been released from the hospital after being stuck in there for the past two weeks. The 49-year-old singer was airlifted to the hospital on May 16 after he was involved in a very bad accident in Hertfordshire. He was airlifted because of severe head injuries he suffered from the crash. George’s “people” wrote the following statement on his website…

“We can confirm that George Michael has been discharged from the hospital and continues to rest and recuperate. He is well and thanks everyone for all the messages of support.”

That’s great to hear, considering how badly he was injured. A woman who tried to help George right after accident said the singer was unrecognizable. She said,

“He had a deep cut above his left eyebrow which was really bleeding down his face into his teeth. Even if I had known who it was, I probably wouldn’t have recognized him.”

Hopefully this will be the last health scare George Michael has for awhile. You might remember that the singer almost died back in 2011 when he had a terrible case of pneumonia. He was in bed with that illness for an entire month and he has said to multiple people that it was “the worst” month of his entire life.

Stay safe, George! Hopefully you are well on your way to a full recovery.